Microsoft has been expanding the capabilities of its Band 2 wearable device with new features in recent weeks, including music controls, and activity reminders prompting users to get up and get the blood flowing if they've been sitting around for too long. But it seems Microsoft is now exploring the capabilities of the device as a gaming controller too.

uh what's this ? looks like a game for Microsoft Band https://t.co/3QfS1ZYysd pic.twitter.com/S3MGegWuH3

'Walking Cat' (@h0x0d) spotted an app in the Windows Store known only as 'FYCPT' - although it's not clear exactly what that stands for. The app has been listed by Microsoft's 'Internal Beta Account', and while it can be publicly viewed, it can't be downloaded.

The app's description doesn't give much away either:

Play as a cute paint drop character through dangerous obstacles and challenges. 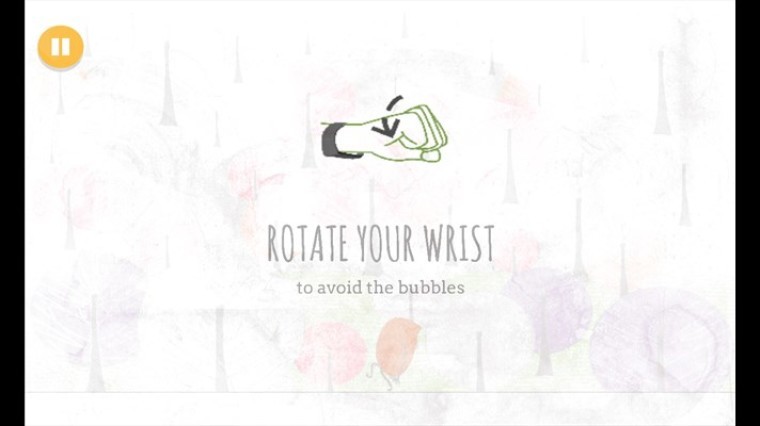 But the Store listing does note that the game "requires Microsoft Band", and one of the screenshots includes a direction to "rotate your wrist to avoid the bubbles", a clear indication of the role that the wearable device is intended to play in controlling the character in the game.

But there's no indication of when - or indeed if - the game might eventually be released, but it certainly raises some interesting questions about Microsoft's future plans for the Band, and the possibilities of using the device in other games.

You can check out a few more screenshots from the Store in the gallery below.