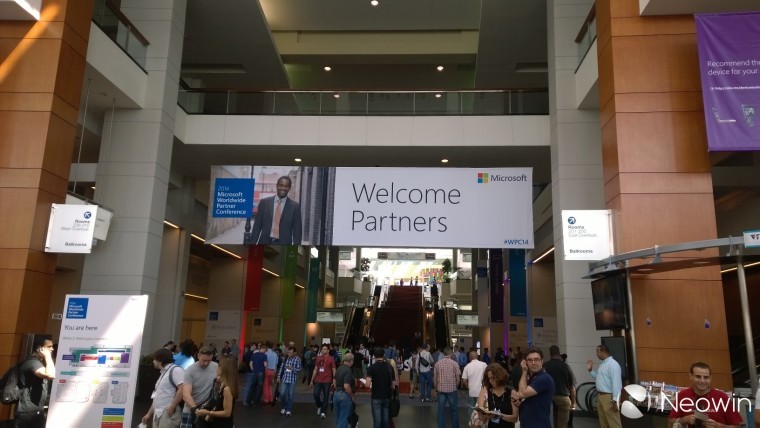 Microsoft's Worldwide Partner Conference (WPC) 2015 is set to start start on July 12th and is the biggest conference that Microsoft hosts all year, providing updates for those who have built software and businesses upon Microsoft products.

In 2013, VM Ware, Google and Salesforce were all barred from attending the conference with Amazon being added to the list in 2014. The bans were for employees of each respective company and were aimed at preventing the leaking of trade secrets. The bans were made explicit via a notice on the website which allowed ticket pre-orders in 2013 but could have been running longer.

Now, it seems like Microsoft is letting competitors into the conference again. In a statement to Business Insider the company has confirmed that VM Ware, Oracle, Google, Salesforce and Amazon employees are all now free to attend WPC 2015.

The lift of the ban can likely be attributed to Satya Nadella whose approach to competitors is far more open, actively encouraging work on platforms not owned by Microsoft. Under Nadella, Office for iPad was finally released and partnerships with previously embittered rivals have been resurrected.

WPC is set to run between July 12th and 16th with registration open now.