Microsoft is evolving its popular Windows App Studio, and renaming it to Windows Template Studio, along with making it easier for developers to create UWP apps. The tool allowed people with minimal coding skills to create full-fledged apps in little to no amount of time.

With Windows Template Studio, Microsoft says that it will be going beyond this, to focus on "high quality code generation for a strong starting point", from which developers can build their apps. 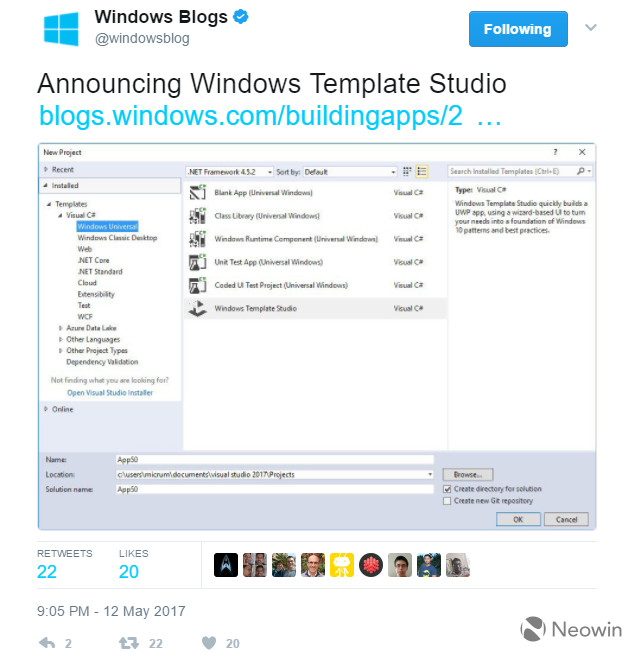 Strangely, Microsoft tweeted the announcement but pulled the blog post minutes after it was published. However, Neowin was able to grab important information before the blog post was made unavailable.

Windows Template Studio will utilize a developer-friendly wizard, providing the foundations for projects that developers can further build upon. Through the tool, you'll be able to easily select the project type, framework, app pages, and features to get started.

Microsoft has announced that Windows Template Studio is open-source, with emphasis on making it easier for developers to target the Universal Windows Platform. However, the company has clarified that you will need to complete the following preliminary steps before you can harness the full capabilities of the tool:

Microsoft has also detailed the roadmap for future releases here, and says that you can contribute to the open-source project by following the directions available on GitHub here.