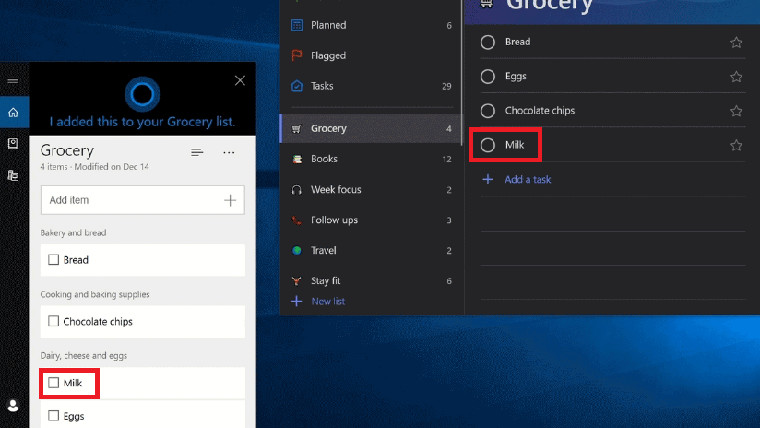 Microsoft has announced that Microsoft To-Do is getting Cortana integration, meaning that you'll be able to use the digital assistant for all of your To-Do needs. As the firm says, you can now "use your voice, your PC, your phone - your choice." Last month, the company began testing To-Do integration in its Launcher for Android.

To get started, you'll need to be on Windows 10 build 18267 or higher, which means that you'll have to be in the Fast ring. However, once it's set up on the Fast ring build, you can use it on all of your devices.

Next, you have to set up your Microsoft account in Cortana as a connected service by going to Cortana -> Notebook -> Manage Skills -> Connected services, and then select Outlook for a personal account or Office 365 for a business account. After that, your lists should automatically begin syncing.

The blog post includes a list of things to try. These include things like telling Cortana to add something to a specific list or to set a reminder. You can also use it to recall lists and reminders, and have Cortana tell you everything that's on a specific list, although that does not include the My Day list, for some reason.

There are some known issues to be aware of though:

Right now, the feature only supports English, and it works in the U.S., UK, India, and Australia.