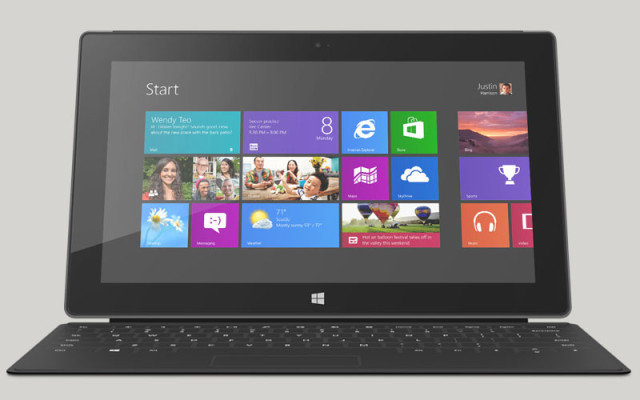 Today, Microsoft announced record earnings of $21.46 billion for Q4 2012 with $6.83 billion in profit, on the back of an increase in revenue for the Windows division. While the company declined to release any solid sales figures for their Surface tablet, an interesting tidbit of information was missed from the conference call: CFO Peter Klein said they would "expand the product line-up" when asked about Surface by an analyst.

The statement was surrounded by a few others made by Klein, including that they would "expand geographically" and "expand retail distribution and capacity" while reiterating that the Surface was a "contributing factor to revenue growth." It's possible that the statement made in reference to expanding the product line-up is referring to the imminent release of the Surface Pro, but expanding the line-up beyond officially confirmed devices is almost certainly going to happen in the future.

In recent times we've only had one, somewhat iffy rumor related to the future of the Surface, which claimed that there will be three Surface products of varying sizes in the second-generation line-up. While Microsoft's CFO reiterated today that there is a future for the Surface, it's still going to be quite some time before we see a successor; likely after the release of Windows Blue and once Windows 8 has gained more market traction.

Source: Microsoft conference call (about half way in) via CNET | Image via Microsoft