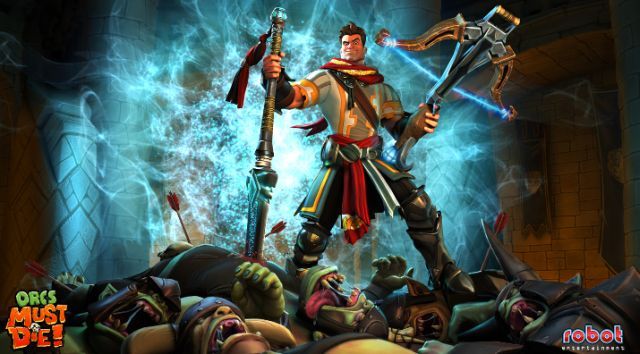 An upcoming downloadable fantasy game mixed with action and strategy has found a publisher for both its PC and Xbox 360 incarnations. Developer Robot Entertainment announced today that Microsoft will publish Orcs Must Die sometime later this summer for Xbox Live Arcade and PC download. Microsoft will publish the game under its Microsoft Studios brand (formerly known as Microsoft Game Studios).

The game itself has the player defending his fortress against an army of nasty invading orcs. Players will have to choose from a variety of weapons and also set up a number of traps to defeat the orc horde. The game will be playable at the San Diego Comic-Con later this week at the Xbox Lounge which will be located at the Hard Rock Hotel. Robot Entertainment will also distribute a prequel comic book based on the game during Comic-Con this week. A free digital version of the comic will also be released later this summer.

Robot Entertainment is a Dallas-based game developer made up largely of people who previous worked at Ensemble Studios which was best known for creating and developing the Age of Empires RTS series. Microsoft owned the studio but shut it down in March 2010. Ironically, Robot Entertainment was also the first developer to work on Age of Empires Online, Microsoft's upcoming free-to-play version of the RTS game. Earlier this year it was announced that Gas Powered Games was taking over Age of Empires Online's development. It is currently scheduled to officially launch in mid-August.