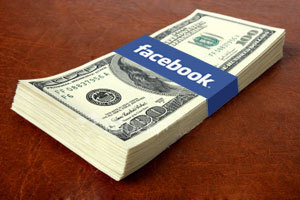 A lot of people thought Mark Zuckerberg was crazy when he turned down Yahoo's $1 billion offer, but it now turns out that he also declined a $15 billion offer from Microsoft in 2007. This information was revealed at a press conference entitled “How to get acquired” at the Le Web conference in Paris.

The Telegraph reports that Microsoft’s Senior Director of Strategy and Acquisitions, Fritz Lanman, confirmed that Microsoft did try to buy Facebook in 2007. It was believed by Microsoft that Facebook and Microsoft were similar, and because of this Steve Ballmer approached Zuckerberg and offered $15 billion; Microsoft did not state why they felt the two companies were similar. Zuckerberg reportedly replied to Ballmer by saying "Why don’t we just buy you for $15 billion?”

After the rejection, Microsoft made an investment of $240 million into Facebook, which resulted in the search partnership that we see today. Why Zuckerberg didn't accept the offer is quite obvious, as Facebook today is far more powerful than it was in 2007. With Myspace all but out of the picture, Facebook is the dominate social media platform and nothing comes close to competing with it.

What the future holds for Facebook is unknown as the site contains so much personal information, its literally a treasure chest full of information to marketers. But, as the technology world goes, its not about the products that currently exists that will challenge Facebook, its the new startup that no one has heard of yet that may eventually lead to Facebook's demise.