Microsoft has learned a lot from opening up its retail shops. The company has seen the value in the stores that it has opened and because of that, they are going to be expanding aggressively.

Announced today at WPC 2011, Microsoft said that it will be opening 75 new stores over the next two to three years. This expansion will include outside of the US as they work to expand the “Microsoft story”.

During the presentation Microsoft showed a map of future locations which will be opened in the coming years. The expansion represents Microsoft’s commitment to bringing their vision of the retail experience to the consumer. 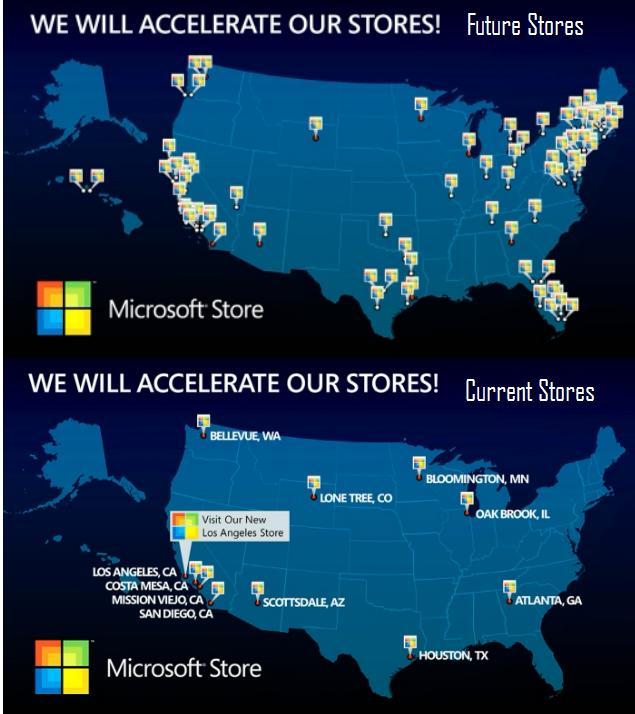 Also shown off during this presentation was that an Apple retailer in Latin America was showing off Apple hardware running Windows 7. Microsoft used this to poke fun that Apple makes fantastic hardware but that their OS is still behind Windows 7.

If you have yet to visit a Microsoft store because there hasn’t been one in your location, hopefully the map above (for US residents) includes a location near you.