While Office 2013 will still be based in the traditional desktop environment, albeit with a Metro-style interface, the company did show off an Office application that will make use of the new Metro environment in Windows 8 and Windows RT, OneNote. 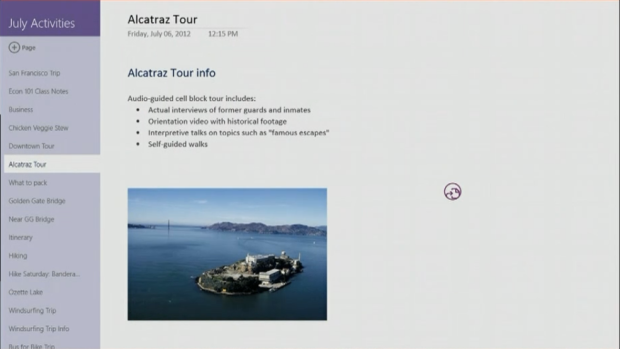 During its Office 2013 event, Microsoft showed off OneNote in the new environment, along with many of its new features. One new feature was a radial menu, seen below, which will provide tablet users with an easier navigation method. Users can touch and hold a spot on a touchscreen device to open the menu, providing options such as font and color settings. The new OneNote app will still feature support for a traditional mouse and keyboard as well as stylus-based input. Other new features include one-touch sharing and searching options. As with the desktop Office applications Microsoft showed off today, the OneNote app for the new Metro environment will also allow touch-friendly zooming features. 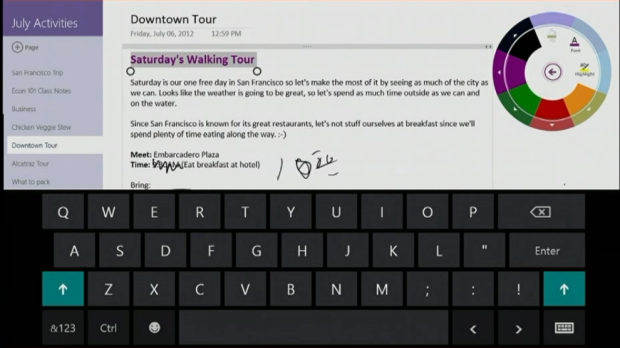