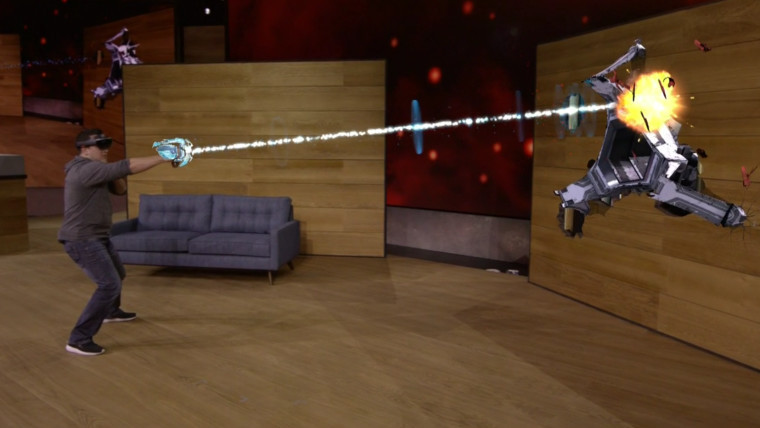 In the first quarter of 2016, HoloLens Development Edition will begin shipping, priced at $3,000. It will be an important milestone in Microsoft's ongoing efforts to develop its augmented reality platform, powered by Windows 10, and the company will be relying heavily on developers to help realize the full potential of its new hardware.

Today, Microsoft has invited its community to share their ideas "for how holographic computing will transform our world":

Share your ideas through January 11th, 2016. During this time, we’ll guide you through development aspects, identifying which concepts would best leverage HoloLens capabilities and be great use cases, and sharing with you how you could build them. Your ideas can grow and evolve based on feedback from the team and from the community.

Microsoft says that it will select "the three most viable ideas", and put them to a vote on Twitter, with the final winning idea being created by the HoloLens team itself. If your idea is selected, "you'll be part of weekly build reviews, Q&A sessions and more", and when it's complete, Microsoft says that it will "open source the code so the HoloLens community can start building from it".

Hit the source link below to share your idea via the HoloLens site.