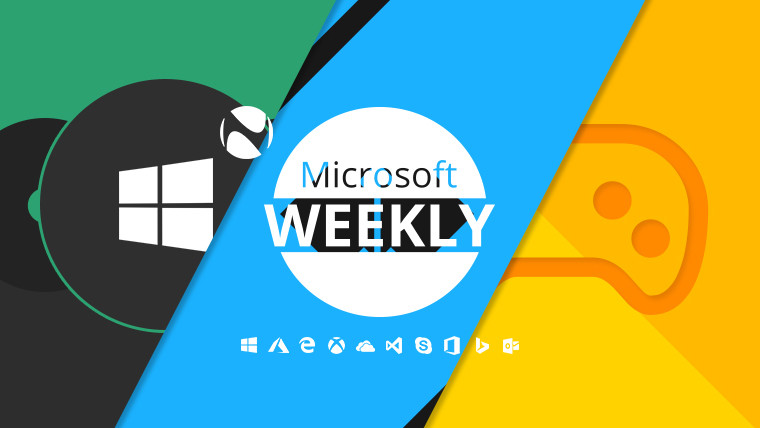 One more week of the year is now behind us, complete with the daylight savings changeover, Halloween celebrations and some rather nifty news from Redmond. The usual assortment of gaming, app update and Insider tidbits is here, as well as a peek at future Windows 10 codenames. Find all that and more in your Microsoft digest for the week of October 27 – November 2.

Even with the rather rocky start – and then continuation – of the October 2018 Update’s availability, development must go on. That’s why a fix for the other fixes has been issued to insiders, as have brand new 19H1 Fast ring builds. 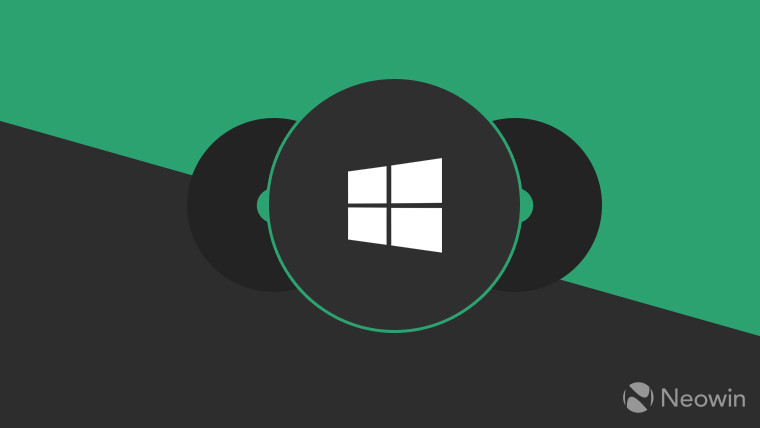 Starting with the main point here, build 17763.107, or KB4464455, was pushed out to Insiders on Tuesday, bringing with it a fix for roaming profile issues as well as the rather serious .zip file bug reported a week prior. Folks that aren’t part of the Insider Program will likely have this cumulative update pushed out to them during the next Patch Tuesday which is on November 13.

Of course, there’s also the next feature update that we need to talk about, 19H1. A new build from that branch was made available to Fast ring users, build 18272. It brings redesigned sign-in options for Windows Hello, the expansion of SwiftKey AI support to more languages, support for Indic Phonetic keyboards, accessibility improvements, the ability to add a border to a screenshot as well as printing support, refined save options and a new settings page for Snip & Sketch (version 10.1809.2964.0). Alongside those there’s also Sticky Notes version 3.1.32 with its “full –on Dark Mode”, a much darker shade than the Charcoal Note currently offered.

As usual, there are fixes and bugs to be aware of. Currently, 50% of Insiders will have the ability to right click on a group name or tile folder and simply unpin it. Task Manger now remembers your settings, Vietnamese Telex support is now no longer limited just to users in Vietnam, Settings no longer crashes when navigating to Data Usage or when removing a PIN, and Ctrl + Mouse Wheel Scroll to zoom is now available in Command Prompt, PowerShell and the Windows Subsystem for Linux (WSL).

As far as known issues are concerned, Task View still doesn’t show the ‘+’ button after creating two virtual desktops, some folks will experience update status cycling with error 0x8024200d, the OTF font issue from last time is still here, PDFs opened in Edge may not display correctly, the Settings page will crash after changing the account password, and some folks may experience blue screens when the PC is set up for dual-booting.

In closing, the first set of ISO images for 19H1 have finally been made available. Obtainable in three flavours – one for regular Windows 10 versions, one for Enterprise, and one for Windows 10 Home China -, the images contain build 18272 which was just released to the Fast ring. This is unlike previous ISO releases that usually contained Slow ring builds.

A service’s ability to scale to a certain task is something that’s expected these days, whether it’s to account for an increase in resource usage or a different screen size. This is precisely what’s happened with some of Microsoft’s solutions. 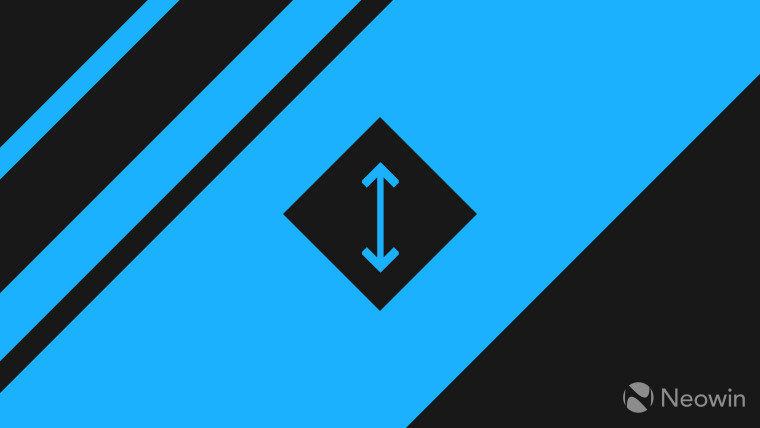 In yet another bit of good news for holders of devices using an Apple software platform, PowerPoint, Word, and Excel now have a dark mode that’s in keeping with the latest macOS Mojave UI choice. Arriving for Office Insiders in the Fast ring for Mac, version 181029 also has the new ribbon style available across the three aforementioned apps plus OneNote.

A dark mode isn’t just for Office apps on the Mac, but rather Microsoft’s Whiteboard app too. Initially made available for the Surface Hub then iOS and the web earlier this year, it’s seemingly going to get a blackboard mode soon. There’s no word on how soon, but we do know there will be multiple colours to choose from.

If you’ve been using the SwiftKey Beta on your Android device, you might want to check if you have version 7.1.7.30, which brings support for native Bing search without the need to leave the app.

Let’s say you’re not tied down to a particular platform, so you obviously use the web to achieve this. Well, Sticky Notes is now available on there too, and it’s part of OneNote Online. No it doesn’t have dark mode, but you can create new notes and edit existing ones.

Also on the web now is the not oft-lauded Skype v8. It’s in preview form currently and supports HD video calls, call recording, a notifications panel, chat media gallery and the ability to search within conversations. Another limitation is that it currently only works on either Microsoft Edge or Google Chrome and you need to be running Windows 10 or macOS 10.12 Sierra.

Though perhaps some have forgotten, Skype is also available in classic form, an incarnation of the program which is now slowly being transitioned to version 8. Among the list of enhancements there’s an expanded list for webcam settings, separate volume control on the Mac, a setting for incoming call notifications in Do Not Disturb mode, the ability to mute and remove folks from a group call, search within a conversation, a text size setting, the ability to toggle whether Enter / Return sends the message or adds a new line, Save-as for audio files, the ability to disable link previews, drag-and-drop file sharing, improved availability status, and more. As far as the Windows 10 version is concerned, it now has split window view and copy-paste to dialpad now works as intended.

We wrap up this section with a series of enhancements to Microsoft 365. PowerPoint is first in line thanks to its AI-powered Designer – which can give you design suggestions based on typed on handwritten selected text. This month the app will be enhanced with the ability to insert 3D animations into presentations and the ability to transform ink into text and shapes at the same time.

As far as Word is concerned, inking has gotten the spotlight there as well, with users being able to edit documents – delete words or sentences, add paragraphs, insert missing words – with a pen. This month, you can look forward to generating web pages from Word docs via the Transform to Web tool coming to Word and Word Online.

On the support front, Office.com will soon allow you to access Help pane information without leaving the app you’re using, and commercial users can even access their own organization’s helpdesk form the very same place. The website itself is going to get the feature this month, and will arrive for Office 365 web apps is the next six months.

The Desktop App Assure service is now being made available through FastTrack. Currently available only in North America, but with worldwide availability slated before February 1, 2019 this is meant to help customers ensure app compatibility when deploying new versions of Windows or Office 365 ProPlus.

Lastly, there’s a new SharePoint Migration Tool to easily bring on-premises content to the cloud. The freely downloadable utility can be used to migrate SharePoint, OneDrive and File Share content.

As is usually the case, quite a few interesting tidbits relating to games also showed up this past week. 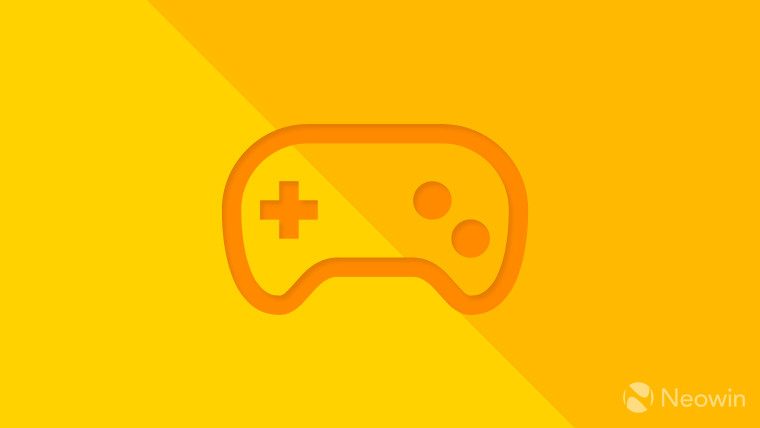 For owners of Microsoft’s cartoony piracy adventure Sea of Thieves, update 1.3.2 brought the requisite Halloween event ‘Festival of the Damned’, as well as a laundry list of gameplay fixes, an upgraded physics engine and better load times.

Sticking to first-party Microsoft offerings, Mixer has now kicked off its Season 2, a wave of updates which will arrive to the service over time. First off is Skills via which you can now send stickers and GIFs to support a streamer. The nifty thing about them is that they do financially reward the streamer despite not costing any money. With that said, they do require Sparks, which are earned by watching Mixer streams. A step up from Sparks are Embers, which can be bought with real-life currency and give you access to expanded Skills. Furthermore, the service now has automatic bitrate switching to account for bandwidth fluctuations, and starting next year users will be able to ‘level up’ by interacting with a stream. This is an expansion of the current subscriber / non-subscriber paradigm.

That other subscription Microsoft has, the Xbox Games Pass is being refreshed in November as well. The first day of the month brought the availability of Rise & Shine, Sheltered, OlliOlli2: XL Edition, and Sniper Elite 4, with Grip: Combat Racing set to debut on the service on November 6.

To end, we take a look at two interesting new codenames for Windows 10 updates, and a nifty little Surface patent. 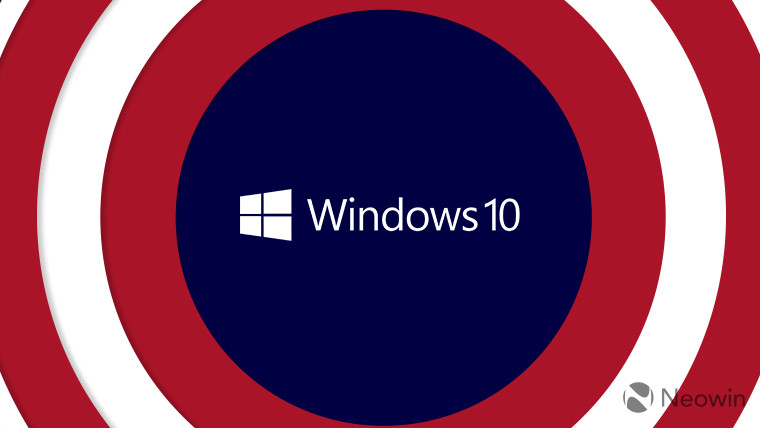 Apparently, Microsoft wasn’t such a big fan of the common sense ‘19H1’-style codenames. In fact, the company is so unimpressed with this naming scheme that there won’t even be a 19H2. However, there will in fact be Vanadium and Vibranium. While the former is an actual chemical element, the second isn’t. Vibranium is in fact, among others, an element found in Captain America’s shield. Fictional or not, both these codenames are borrowed from elements, the same thing that’s happening for future Azure products.

The last bit of news concerns a patent that envisions a display on the back of a tablet. In a graphic that rather obviously shows a Surface-like device, there’s a ‘reflective display’ on the dexter side of the hybrid. While we’ve seen phones that have this feature, it’s rather puzzling to see it on a tablet. It could be a sort of second screen that’s mostly there for notifications (à la the Edge versions of Galaxy S smartphones), but that would seem rather pointless. It could also be an attempt at fitting into the Surface form factor what Lenovo’s Yoga devices can already do. I’m specifically referring to the tent mode, which the Surface can’t achieve (unless we’re talking about the Surface Book).

Whether this patent will end up being used in an actual product is too early to tell. Nevertheless, it is something to spark a discussion, a discussion which you are free to take to the comments section below.

Missed any of the previous columns? Find them all here.