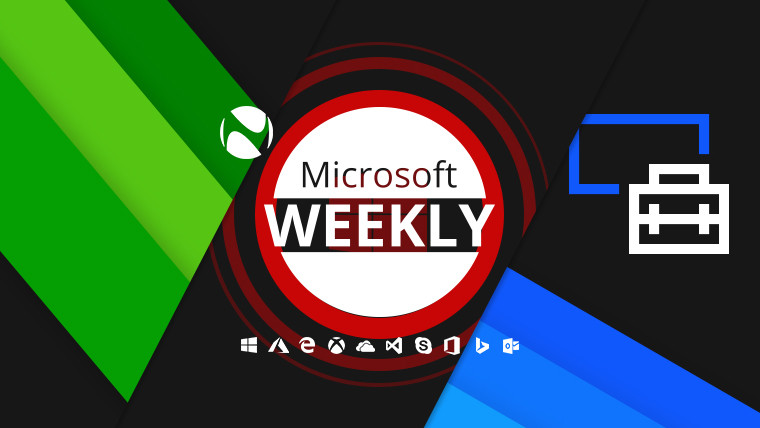 The last seven days have brought in a number of interesting bits of news related to the Redmond giant, like a new 20H1 Insider build on the Windows 10 side, a new Alpha Skip Ahead ring build for Xbox One version 2004, and even a bunch of updates to Power BI. You can find that – as well as the usual little bit extra – below, in your Microsoft digest for the week of September 14-20. 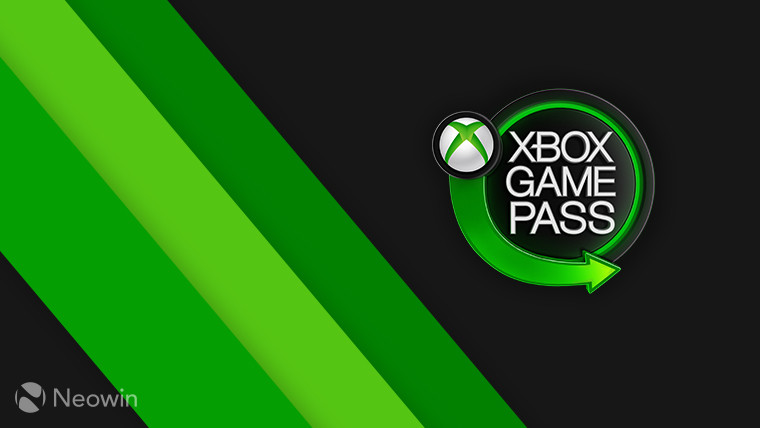 One of the Redmond giant’s more successful subscription ventures, Xbox Game Pass has gotten a bunch of new titles added to its roster. Already available to play – on the console variant of the subscription – are Jump Force and Bloodstained: Ritual of the Night, with Bad North, DiRT Rally 2.0, and LEGO Worlds to follow on September 26.

Speaking of successes, Gears 5 has become the company’s biggest game launch of the generation. Taking into account the four days of early access, the latest title from The Coalition has attracted in excess of three million players across all platforms in its opening weekend alone, a feat only matched by a first-party title from 2012, Halo 4. The opening weekend also had about double the player numbers of Gears 4, thus easily surpassing the predecessor, and the latest in the FPS has had the “best-ever debut on Steam” for an Xbox Game Studios title.

Speaking of things to be happy about, if you have an Xbox Live Gold subscription, We Were Here for the Xbox One and Tekken Tag Tournament 2 for both the previous and current-generation consoles are free to claim as the first wave of Games with Gold. Keep in mind that claimed Xbox 360 titles will remain playable indefinitely, while claimed Xbox One titles require an active Gold subscription to play.

Another reason for excitement is the fact that the Redmond giant has shared more details about Flight Simulator’s Tech Alpha, which will proceed as follows: completion of release testing on October 10, preparation of build release on October 17, and finally opening of the Tech Alpha release window on October 24. Starting next week on September 26, the company will also kick off its Feature Discovery series preview which will explore details about the game in much greater depth. The series will kick off fully in October.

Also in October is when tickets for Microsoft’s X019 event in London will go on sale. For folks not familiar, the event takes place November 14 through 16, and tickets will go on sale October 1 at 6AM Pacific Time, setting folks back £19 (€21.45/$23.71) per session.

If you’re in the Alpha Ring of the Xbox Insider program, you should see build 18363.8038, which is part of version 1911 of the console software. In case you want to be on the bleeding edge and would like to test version 2004 –due out in April of 2020 -, you can follow a series of steps detailed here until September 22 at 11:59 PST for a chance to get an invite to the Alpha Skip Ahead ring.

And lastly, the company will not be mentioning Xbox Live users and gaming revenue in earnings reports any longer. This is because it’s all being bundled under a new metric dubbed “Xbox content and services revenue growth”. This metric will be revealing year-over-year percentage of revenue growth for Xbox services, as well as Xbox content and services revenue which includes Xbox Live (transactions, subscriptions, cloud service, and advertising), video games, and third-party video game royalties. This is likely due to the success of subscriptions like Xbox Game Pass, though the lack of inclusion of hardware numbers sure is interesting. It'll be even more interesting to follow once the new generation of consoles hits shelves late next year. 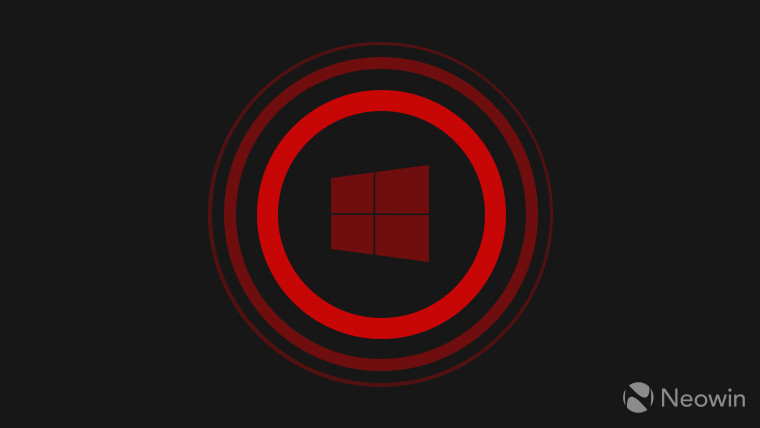 As is usually the case, a new 20H1 build was pushed to the Fast ring on Friday, namely 18985. This is identical to the major build of version 2004 for the Xbox One mentioned in the previous section, and brings in improved Bluetooth pairing and optional feature update experiences, as well as single window mode and zoom support for Snip & Sketch – as of version 10.1907.

In terms of fixes, Language Packs should now have no problems installing properly, the Network & Internet section in Settings should no longer crash, and Task Manager should no longer be showing unexpectedly high temperatures for certain GPUs. That’s not the full list of fixes, but if you wish to peruse all of them, they can be found at this link. A quick look at the known issues list reveals that the longstanding Realtek SD card issue has been resolved, although the other ones remain.

Preview build 18980 of the SDK was also pushed out this past week, though as is often the case with these, there’s nothing new to see.

Differing from the SDK is Preview 1909 for Windows Admin Center which now lists Azure VMs as a top-level connection type in the Add connection experience rather than relegating them to the Azure tab. There’s now also a unified connection type for clusters, several enhancements for Pocketmon, and new extensions from IIS and BiitOps Changes. There are still some issues with the Dell EMC extension, cluster connections, Azure Monitor onboarding, the value formatting under Microsoft Azure Virtual Network Gateway Address and accessing of Windows Admin Center via Chrome which may return a 403 Forbidden error.

In terms of identified problems, certain folks have experienced network adapter failures after installing KB4515384, the latest update for Windows 10 version 1903 (the May 2019 Update). As it turns out, the issue is experienced by certain Intel and Broadcom adapters, namely Intel Centrino 6205/6235 and Broadcom 802.11ac Wi-Fi cards running version 1903 on specific models of NEC devices. A compatibility hold has been placed on the affected devices, and a temporary workaround is disabling and then re-enabling the offending Wi-Fi adapter in Device Manger.

We end this section with a bit of good news, as Microsoft has acknowledged an audio issue caused by the latest Patch Tuesday build for the May 2019 Update. The issue was caused by a compatibility change on request of a few audio partners, and said change has been reverted. A workaround for this problem, according to the company, is to disable multi-channel audio. 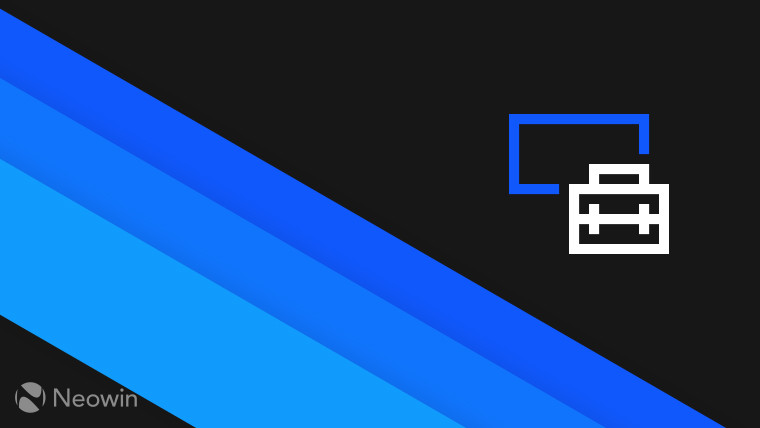 To nobody’s surprise, a number of Microsoft’s more business-oriented offerings have received updates this week, among which was Dynamics 365 Business Central.

Being a little more specific, the service’s translation and assisted setup modules have been enhanced, with the former receiving a new capability to identify fields, while the latter has increased discoverability of guides.

Teams, the Redmond giant’s “chat-based workspace” and Slack competitor will now be integrated with Oracle Digital Assistant as part of the partnership announced by the two companies back in June. What this means is that enterprise clients will be able to access Oracle Cloud Applications via a conversational AI experience in Teams.

Moving right along, the premium tier of Azure Files now has zone redundant storage. Through this, three replicas of user data are created in three different Azure Availability Zones, so in case an entire zone suffers an outage, user data is still protected and accessible.

In terms of its cloud-based productivity offering, Office 365, the Redmond firm may be looking to rebrand the suite to Microsoft 365. The new name is identical to that of its Office 365, Windows 10, and Enterprise Mobility + Security package offered to business customers. This may mean that the long-rumored consumer bundle to complement its business variant will simply be a lower tier of Microsoft 365. Even so, the company has denied that it is rebranding Office 365 ProPlus “at this point”.

We then get to Power BI, whose various different components have gotten a number of updates in previous weeks. This trend continued this past week with the September update for Power BI on-premises data gateway which brings in an updated version of the Mashup Engine so that it aligns with the version included in Power BI Desktop.

Finally, Power BI proper has gotten three new enhancements, including the ability to add comments to paginated reports, a Secure Embed feature for including paginated reports in other apps, internal portals or websites, as well as the release of the RDL Migration tool on GitHub. The latter makes it easier to migrate reports from SQL Server Reporting Services to Power BI. 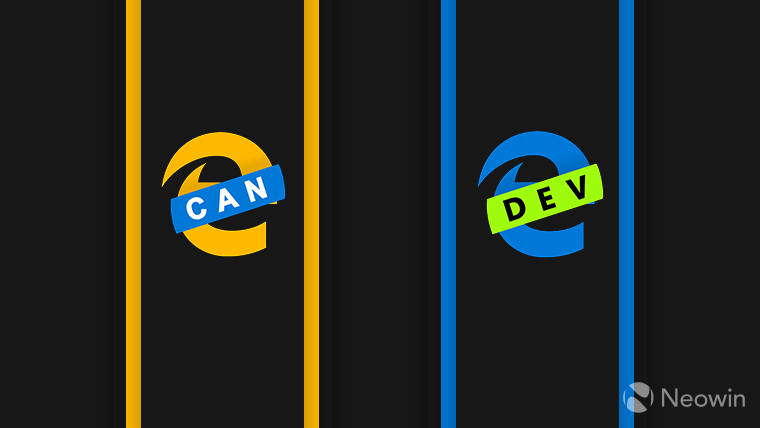 To round off this column, we take a look at the latest Edge Chromium builds and some news about next year’s Build conference.

First off is Edge Dev, with build 78.0.276.2 bringing the ability to open all items in a Collection in new tabs, as well as dark theme support for edge://components, a new management policy for importing settings from another browser, as well as a number of UI fixes.

Following it was a new Canary build, specifically 79.0.278.0, the first one based on Chromium 79. There’s no changelog for it – as is usual with these types of builds -, but what that means is that next week’s Edge Dev build will very likely be based on Chromium 79 as well.

Last but not least, Microsoft has announced that its flagship developer conference, Build, will take place May 19 through 21 next year. Hopefully this time it won’t coincide with Google’s I/O conference, like it happened this year.