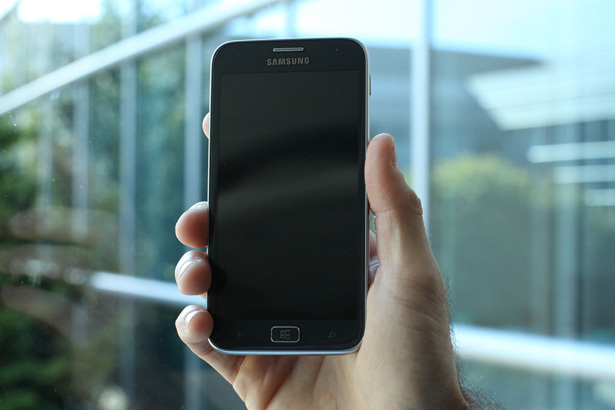 Yesterday there was a rumor going around that Microsoft will give up to $2.6 billion to OEMs that support Windows Phone. Now the company’s head of communications is calling that number “complete fiction”.

The rumor was started by Eldar Murtazin who doesn’t have the greatest track record when it comes to these things. He claimed that a few OEMs that were coming back to Windows Phone in 2014 would get a big stack of cash from Microsoft. Out of those Samsung was supposedly taking the lion’s share with more than $1 bn in payments. On the face of it this makes sense, Microsoft trying to push WP hard by supporting manufacturers just like they did with Nokia.

However, Frank Shaw, Microsoft’s head of communications called these numbers fiction. In a tweet earlier Shaw said that Microsoft does indeed spend money on OEMs in co-promotions. We’ve seen the company do this a few times with Nokia and even HTC. However Murtazin is standing his ground saying that in fact the company is doing a lot more than promotions, they’re covering OEM’s R&D costs and helping them to switch to Microsoft’s OS in order to launch new devices.

reality check. Do we do co-marketing with partners? You bet! But these numbers are complete fiction! https://t.co/Hfq7dtk9u1

@UVStaska they could call this money ad they wish :) but thats not marketing - they paying for all r&d costs, etc

Despite the company’s denial, and Murtazin’s somewhat horrible track record, this story may actually hold water. First, there’s a very strong incentive for Microsoft to pander to OEMs right now. With Nokia heading off into the sunset and the company’s current dominance in the Windows Phone ecosystem being transferred to Microsoft, the Redmond company runs the risk of being the only remaining Windows Phone OEM in the market, which could spell disaster, at least in some people’s eyes.

Then there’s precedent. Nokia received fixed sums of money every quarter for their continued investment and support of the platform. On top of that they did a lot of cross-promotions with Microsoft themselves. Sure Nokia was deemed a premium partner but now that that’s done why wouldn’t Microsoft try to entice other companies with some of the same perks?

Finally there’s the amount itself, $2.6 billion being a hell of a lot of money. But let’s take Samsung as an example and think about it. Giving Samsung more than a billion seems a bit insane, when even Nokia got less than that. And we all see the wonderful devices Nokia came out with whereas Samsung is nothing more than a footnote in the Windows Phone ecosystem. That’s a valid point, but turn the problem on its head and it suddenly looks different. How much money would Microsoft have to pay to get the biggest Android player on their side of the court? Suddenly paying $1bn for Samsung to flood the market with Windows Phones and take a small step back from Android doesn’t seem like such a big price. After all there’s no reason why Samsung couldn’t do the same for WP as it did for Android.

And of course this money doesn't actually have be to cash. It's likely that this will include discounted or free licensing on the OS, direct development support and other such perks that Microsoft is giving away for free. So even though the company is denying it, there’s a really strong possibility that behind the scenes a lot of cash and promises are being swapped between Microsoft and OEMs, all to ensure the future of Windows Phone.