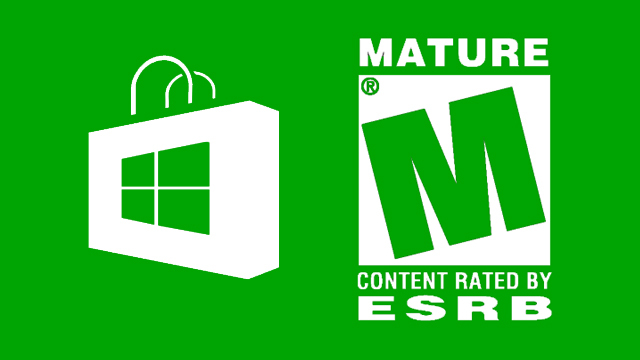 Now, Microsoft has revised their stance on "mature" content in the Windows Store, and they will in fact allow games rated PEGI 18 onto the Store to bring content available in Europe on par with that in the States. Antoine Leblond, Windows Corporate VP of Web Services, told Gizmodo that the change will take some time to come into effect - the content won't be available straight away, but hopefully by December.

Lebond hopes that by informing developers of the changes to the Windows Store policy, they will "have the peace of mind" to continue developing games with potentially mature content. He also mentioned that Microsoft is still keen for desktop apps to thrive outside the Store, as of course you'll still be able to purchase games from places such as Steam, regardless of Microsoft's Windows Store policy.