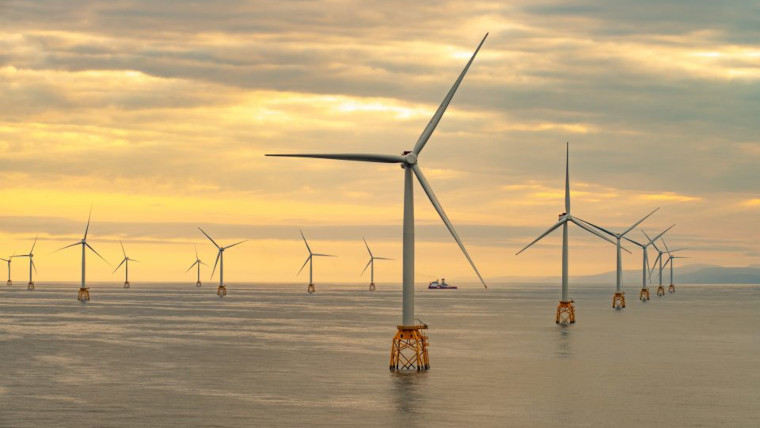 About 400 wind farms in Ireland collectively generate more than 35% of the island’s electricity. Although windmills offer clean power, they do pose a challenge for electricity generation and distribution companies. The intensity of the wind fluctuates throughout the day and over the course of the seasons causing considerable variations in power production.

Every power grid operator that relies on fossil fuels such as coal or natural gas, has to maintain what is called a spinning reserve. This excess capacity helps power distribution companies quickly respond to changes in demand.

In Ireland, Microsoft’s data center batteries, consisting majority of large lithium-ion cells, will provide these services to help reduce the need to maintain spinning reserves at power plants. Microsoft commissioned a study to analyze the potential impact of the technology. The study claims Microsoft's batteries can avoid two million metric tons of carbon dioxide emissions from going into the atmosphere in 2025.

Datacenters have to operate at a very high rate of reliability. Several claim an uptime of 99.999%. To achieve this, data center operators rely, in part, on the batteries in the UPSs (Uninterrupted Power Supply). Needless to mention, the UPSs are always on. Microsoft partnered with the intelligent power management company, Eaton, to develop and test a grid-interactive UPS. Together, the companies have been able to successfully utilize data center UPSs for large power grids accepting power from renewable sources.

Nearly every electric power grid operator in the world is exploring renewables. However, receiving a steady input of electricity, and offering a reliable supply, are two critical challenges. Huge battery banks can serve as the intermediary. Microsoft’s contribution can and will help the Irish government balance the supply and demand efficiently while continuing to generate ever higher amounts of electricity from green and renewable sources.

As countries gradually build up their renewable energy production, they will need larger battery banks. It is quite possible that Microsoft could be exploring yet another revenue source, in addition to helping the world go green.