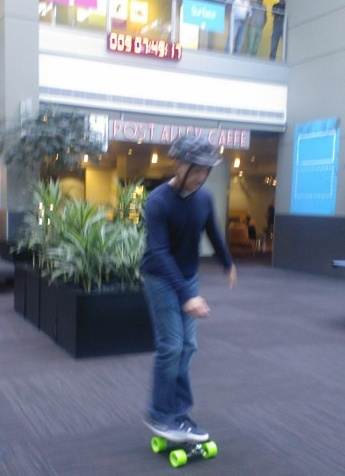 Microsoft made a big deal of the fact that that when it decided to make its Surface tablet, it wanted to use materials that had not been used in previous touch screen computing products. So the company ended up using Vapor Magnesium for the case, along with Gorilla Glass 2.0 for the Surface touch screen. 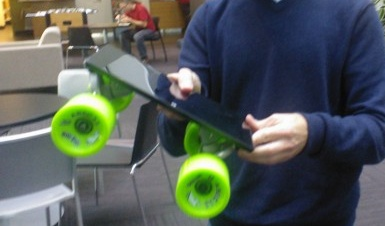 Today, Steven Sinofsky, the head of Microsoft's Windows division, used his Twitter account to post two photos of him skateboarding in what looks like a shopping mall. The big reveal is that the "skateboard' is in fact the Surface tablet, with four wheels attached. In addition, the members of the media who got to check out the Surface first hand earlier this week reported that Sinofsky also stood up on a Surface made as a skateboard.

It certainly is a fun and effective way to show that the Surface tablet will take a lot of punishment. Microsoft is likely targeting audiences such as the heavy business traveler, who might normally use a laptop a lot to get some serious work done. Showing that the Surface can withstand a lot of wear and tear might convince some of them to trade in their laptop or even their iPad.