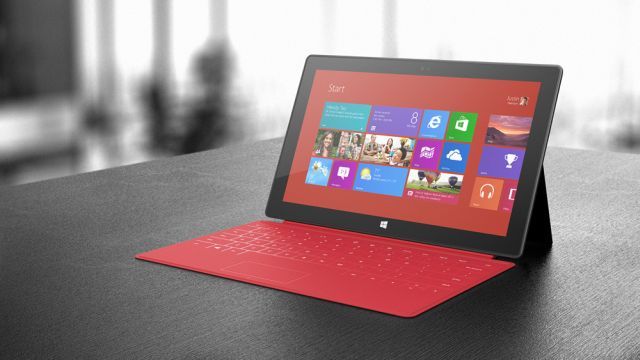 We have seen tons of reactions and opinions about the Microsoft Surface tablet since today's full reveal. But what do the people who trade in Microsoft's stock feel about it? On the whole, the reaction seemed to be a very firm, "Meh?"

After rising briefly in the middle part of the trading day on NASDAQ, Microsoft's stock price settled at the end of the day at $29.49 a share. That's a dip, compared to the previous day's trading, of just two cents, or 0.07 percent. That would seem to suggest that investors don't think the Surface will be a disaster for Microsoft, but they also don't seem to believe it will be a huge boost for the company's financial position either.

By contrast, Apple's stock price went up by 2.4 percent in trading today. Apple announced earlier today it would be holding a press event on October 23rd, where the company is highly expected to reveal a smaller version of its iPad and possibly more hardware products.

Microsoft is scheduled to announce its financial earning for the third quarter of 2012 on Thursday after the end of trading. It's almost a certainty that the company will reveal more information on its Surface launch plans, as well as Windows 8, Windows Phone 8 and Office 2013, as part of its financial press release and later during its conference call with analysts.