DirectX won an Emmy for Pioneering Work in Near and Real-Time Fully Programmable Shading Via Modern Graphics Processors. Microsoft Windows also won for Streaming Media Architectures and Components. Congrats to both teams!

Larry Hryb (Major Nelson) gets a look at the Emmy. 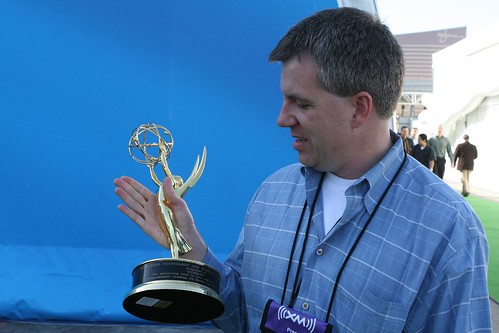 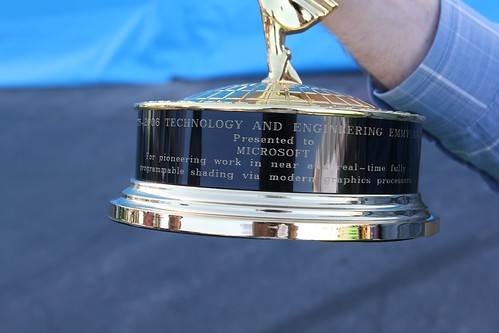 Eariler in the week, we heard a rumor that Gamerscore Blog won an Emmy, so we prepared a press release. Turns out there's lots of confusion going around about Emmys. Gamerscore Blog didn't win as previously thought. Oh, well.