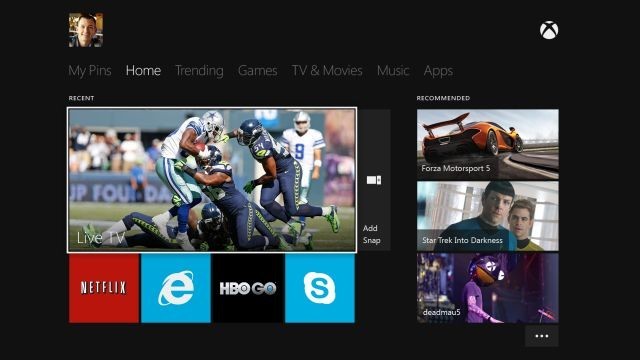 Last week's reveal of Microsoft's Xbox One console made it clear that the device will be used for a lot more than just playing games. Microsoft designed it to be a full entertainment platform for watching video, chatting with friends via Skype and more.

Now there's word that the Xbox One could evolve into more than just an TV box. Fastcodesign reports that Microsoft has a long term plan that has the console as the center of an automated home system. In fact, the plan is informally called 'Home 2.0' at Microsoft, although Marc Whitten, the corporate vice president of Xbox Live, does admit, "I’m not saying it’s a good name", and that the final term will change when it goes public.

Basically, the Xbox One could help control a number of a home systems, from lighting to appliances to security. In fact, Microsoft acquired id8 Group R2 Studios, which created an Android home automation app, earlier this year as part of those plans. Whitten says, "You need those [devices] in a central hub as an experience to bring all these things together."

Whitten hints that the next version of Microsoft's Xbox SmartGlass app might incorporate some of those home automation needs with the Xbox One. Microsoft is also working more with "advanced IR blasters" which the Kinect sensor uses. The cumulative effect is that over the next few years the Xbox One could turn from an entertainment box to a home automation hub, much like the Xbox 360 has evolved from a games console to adding streaming media features.