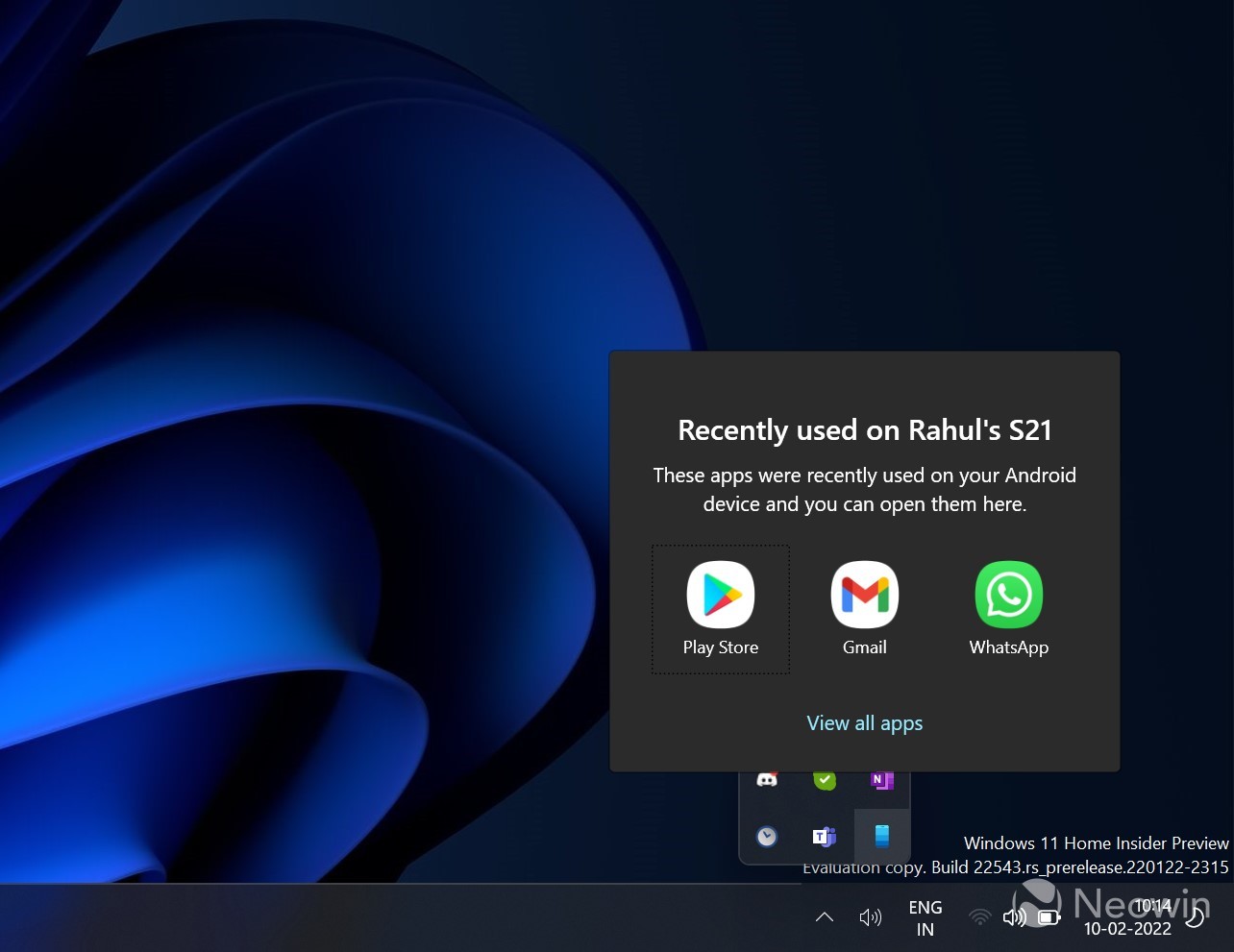 Samsung demoed the new feature at its Unpacked 2022 event using the recently announced Galaxy S22. And as you may have guessed, this new Your Phone capability will be limited to select Samsung phones at this point in time. Even the Surface Duo users won't be able to get the benefit despite the fact that it can also open phone apps on your PC. Needless to say, it doesn't work with other Android smartphones, either.

Analy Otero Diaz, who is the Principal Program Manager Lead at Microsoft, has explained that features like these require deeper level OS/device integration and that the company has worked closely with Samsung to make it work. However, she doesn't rule out the possibility of it becoming available for Surface Duo devices in the future. 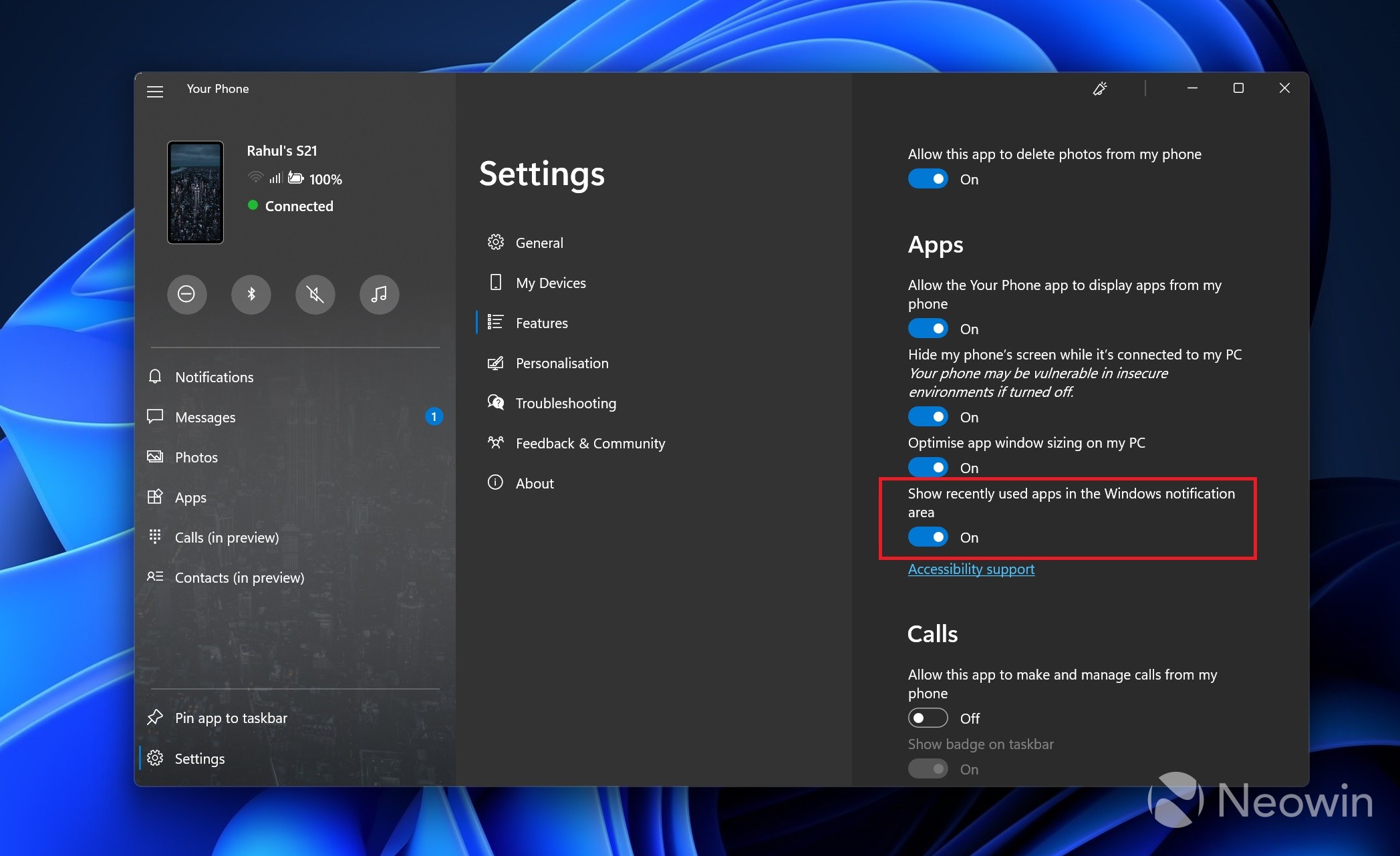 Those who don't have a supported Galaxy smartphone can download the app to get access to useful utilities such as sending and receiving text messages on their PC, notifications support, and the ability to see photos captured on phones on their PC. Microsoft will continue to add exciting new features to the app in the future to make the cross-device experience better.