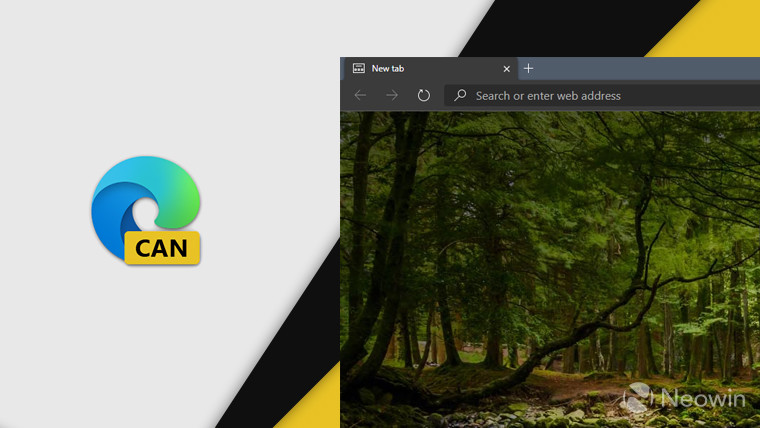 Windows 10's built-in Edge browser (now informally called Legacy Edge) has always natively supported ARM64, or at least since Windows on ARM was a thing. But up until now, those testing out Microsoft's new Chromium-based Edge browser haven't been able to run it natively on ARM; they could only get the x86 version running in emulation. Now, testers can finally use native ARM64 Edge Chromium.

While most 32-bit Intel apps run fine in virtualization on ARM processors, browsers don't. Browsers generate code in real-time, making it hard to cache. That means that for Windows on ARM to be truly viable, there needs to be native browsers.

We're pleased to announce that Microsoft Edge for ARM is now available in the Canary channel! Canary is now built natively for the ARM64 architecture that powers some Windows 10 devices, including the new Surface Pro X. It will soon come to the Dev and Beta channels as well. pic.twitter.com/cKg1H3Utfd

Up until now, the only web browsers that ran native on ARM64 PCs were Edge Spartan and Firefox, the latter of which was announced back in December. But while native Firefox was announced at the same event as Chromium, Firefox was available for testing in January.

Edge is now the first Chromium-based browser to have a shipping version running on native ARM64, albeit not from the stable channel. I've been told that Chrome won't be coming until next year.

For now, ARM64 Edge Chromium is only available in the Canary channel. It will be coming to Dev and Beta channels soon; however, it won't be in the stable channel when it's generally available on January 15.