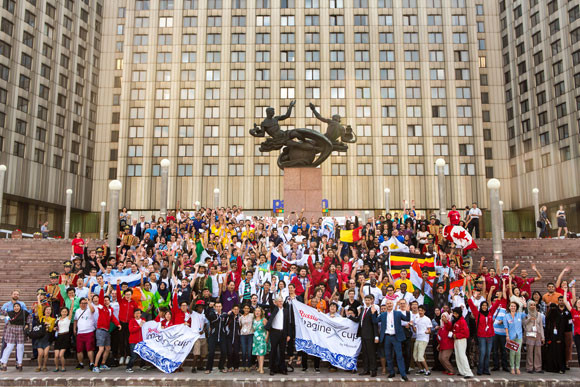 Microsoft’s 2013 Imagine Cup Worldwide finals kicked off today which brings competitors from all around the world to St. Petersburg, Russia to compete against one-another for some serious cash prizes. With 87 teams making the journey to the finals, there are a total of 309 student participants in the finals representing 71 different countries.

If you are not familiar with Imagine Cup, Microsoft puts on this competition each year and challenges students from around the world to create projects that are community focused. What does this mean? It means that student competitors take on big challenges, such as the monitoring of your well-being in real time or assisting those in the medical community, with innovative solutions, that solve a wide range of on-going concerns faced by a myriad of individuals.

Neowin has already highlighted a couple of teams who have made their way to Russia but over the next several days, we will bring you more information about the teams competing for a shot at the grand prize.

You can learn more about the teams in the competition at the source link below and make sure to check back often as we bring you more news from the teams at the finals as it develops.