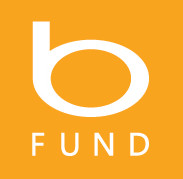 Over the past several months, Microsoft has been offering financial help to several start up companies all over the US via the Bing Fund. The last such venture was announced in late February when the iOS and Android app company Sonar received some upspecified money from the Bing Fund.

This weekend, the Bing Fund will be active once again, but this time it will be for a very different event. The group is the main sponsor of a hackathon in Seattle that is deigned to create prototypes to better deal with autism.

In an interview with GeekWire.com, Bing Fund leader Rahul Sood explained the reasons behind both the hackathon and its theme:

As we batted the idea of hosting a hackathon, it got us thinking – if we’re going ask some of top engineering talent to come together over a weekend to hack, let’s make it meaningful. Not a hackathon for the sake of hacking, which is fun too, but actually come up with tangible outcomes that can help make a difference.

The event will begin at 6 pm PT tonight at the SURF Incubator in Seattle and will end on Sunday afternoon. The event has been created so that designers could make prototypes for products that will be used in three scenarios; education of kids aged 3-5, the basics of getting tasks done related to getting ready for school and using public transport for people age 12-20.

The prototypes will be judged at the end of the hackathon by autism experts along with parents of kids affected by autism; Visa gift cards will be given out to the winners.