2013 has just started, but people are already planning their vacations to various locations. Two of the most popular tourist cities in the US are Los Angeles and Las Vegas. However, if vacationiers are using Microsoft's Bing Maps, they may find that their photo information is still incomplete.

We were checking out Bing Maps in downtown LA and saw the massive LA Live complex next to the LA Convention Center and Staples Center. It includes a large 52 story hotel and the big Nokia Theater venue. If you view LA Live in Bing Maps's Aerial Mode it looks like this 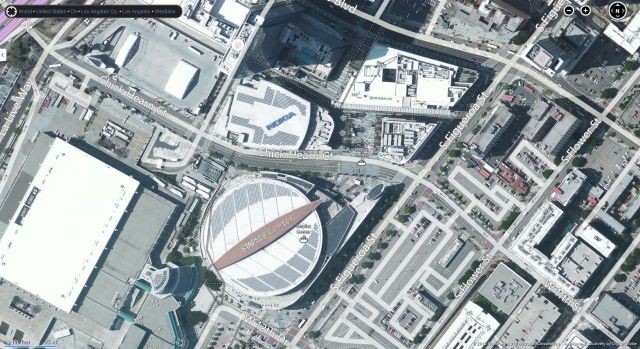 However, if you switch over to the Bird's Eye view, which is supposed to offer a better angle to view the area, you can see that LA Live is still in the early stages of construction. The Nokia Theater was completed in 2008 and the 54 story hotel was finished in early 2010. 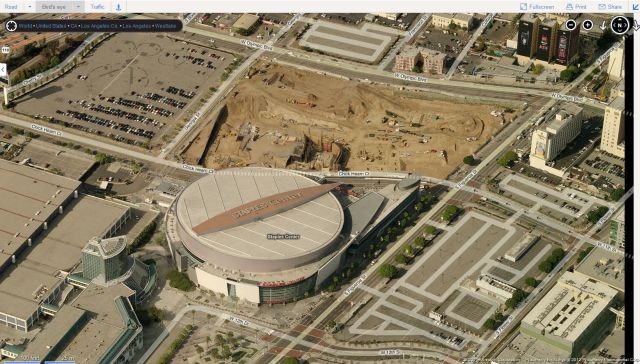 To be fair, if you move the viewpoint on the map in Bird's Eye view, you get a picture of LA Live in a more advanced level of construction but still well behind its current status several years later. 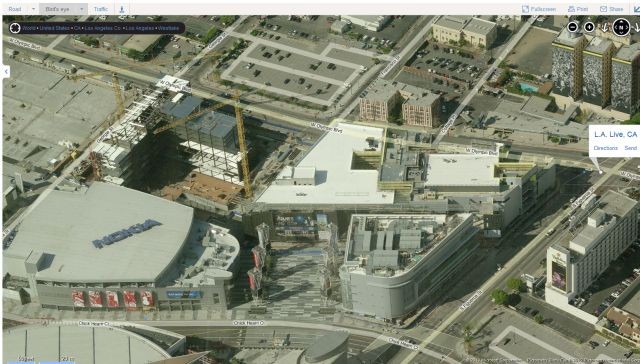 It's the same situation when we checked out the Las Vegas Strip. The CityCenter complex, completed in late 2009, was in full view in Bing Maps' Aerial View: 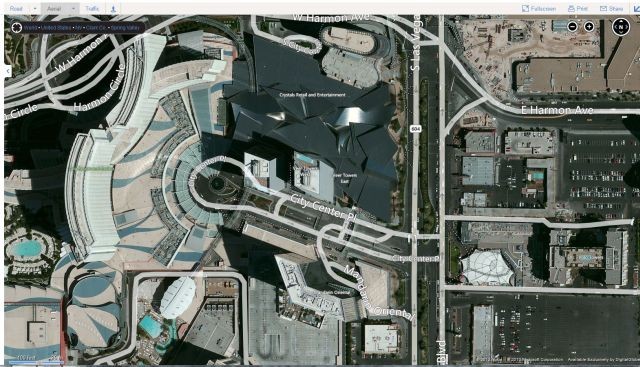 However, that's not the case if you switch over to Bird's Eye view. CityCenter is still a big dirt space on the strip: 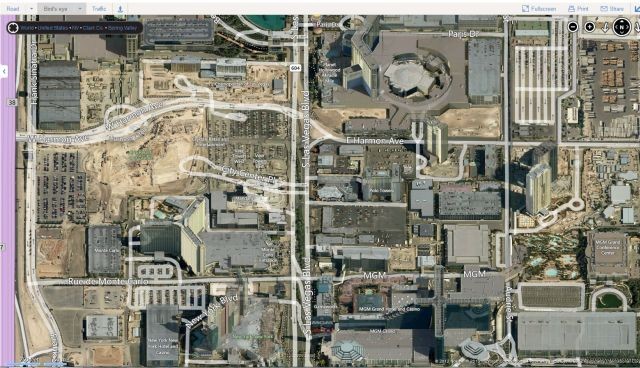 It's important to point out that Windows 8 and Windows RT owners who use the included Map app see the old Bird's Eye photos of both locations, rather than the updated photos that Microsoft has for the Aerial View. We also checked with Google Maps and Apple's iOS Maps and both services had LA Live and CityCenter fully in place in their photo maps.

We have contacted Microsoft to find out if they plan to update the Bing Maps photos for these major landmarks in LA and Las Vegas in both the desktop Bird's Eye view as well as inside the Maps app in Windows 8.