Announced over a year ago at E3, Microsoft has finally unveiled the date that its new Flight Simulator game will be available, at least for PCs. It's coming on August 18, and you can pre-order and pre-download it now.

The game will come in three versions: Standard ($59.99), Deluxe ($89.99), and Premium Deluxe ($119.99). The difference between these is the number of airports and airplanes that will come bundled with the game. There will be 30, 35, and 40 airports for Standard, Deluxe, and Premium Deluxe, respectively, and 20, 25, and 30 airplanes. If you're got Xbox Game Pass for PC or Xbox Game Pass Ultimate, those subscriptions will include the Standard edition. 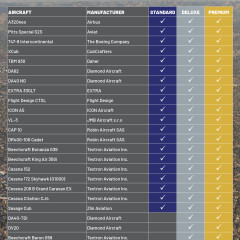 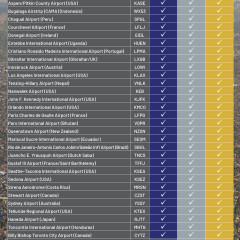 It's only been a few days since the company announced the closed beta that's on the way. That's not even set to begin until July 30, with with a launch date just weeks away, that's really more like early access.

Flight Simulator is set to take advantage of the latest technologies that are offered, from DirectX 12 to satellite imagery. The game includes things like real-time traffic and real-time weather, and if you don't like the real-time weather, you can adjust it to fly however you want. There are also over 1.5 billion buildings, and over two trillion trees, mountains, roads, rivers, and more.

If you want to pre-order and/or pre-download the game, you can find it on the Microsoft Store here.