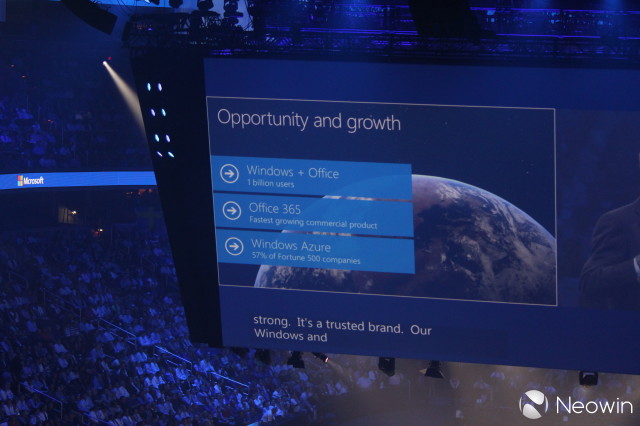 Microsoft's Worldwide Partner Conference kicked off today, and taking the stage first was Phil Sorgen. While hyping up the conference and talking about Microsoft, he stated that there are more than 1 billion users of both Windows and Office, quite the achievement for the company.

While on stage, Phil also stated that "Office 365 is fastest-growing corporate product ever," which is a key achievement for several reasons. First, it shows that the software as a service business model is viable for Microsoft. Secondly, that Office is still the premier productivity suite in the world and that Microsoft's new subscription model is aligning to business needs.

To help further Office 365, Microsoft has announced new plans in the last week that offer more clarity into their solutions and make the service more attractive to small and medium businesses.

While Microsoft is facing increased competition from the likes of Google Docs, no other productivity suite has been able to dethrone Office, especially Excel. While other services have matched the feature sets of Word and PowerPoint, no other company has been able to match Excel; this spreadsheet application is likely the keystone to the Office suite for many corporations around the world.