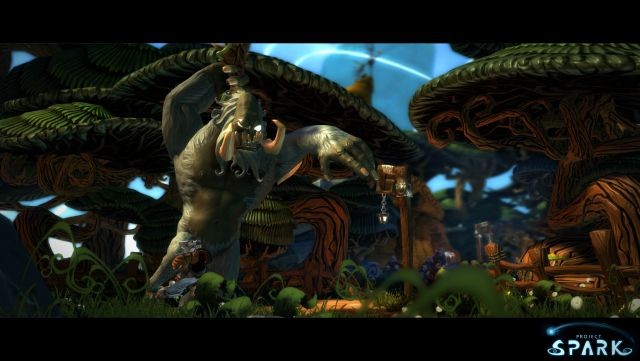 Earlier this month at E3, we got a chance to see an impressive live demo of "Project Spark", which in theory will allow anyone to create games from scratch or via templates with an easy-to-use interface. Today, the official "Project Spark" website started taking sign ups for beta testing the software on Windows 8 and the upcoming Xbox One game console.

The software's official website is still pretty bare bones at this point and there's no indication on when the beta test will begin. There's also no word yet on the system requirements a Windows 8 PC must have to run the "Project Spark" tools.

Just a reminder: "Project Spark" will be a free download for Windows 8 and Xbox One owners and is scheduled to be released sometime in the launch window for the Xbox One console (late 2013, we're guessing). While the basic software will be free, Microsoft has yet to comment if it will add any in-game purchases to Project Spark. There's also no word on if Microsoft will allow "Project Spark" creators to sell the the games they make from the tools as stand-alone projects.