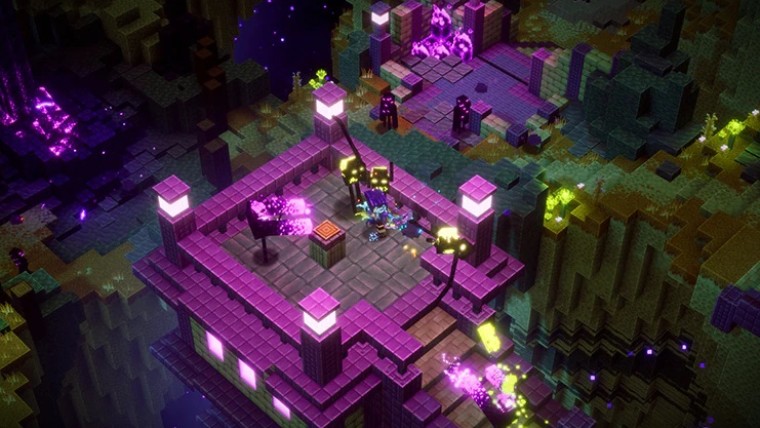 Minecraft Dungeons is gaining its sixth DLC pack later this month, bringing along the final part of the Arch-Illager and the Orb of Dominance story arc that began with the base game just over year ago. Titled The Echoing Void, it will take players to The End, the land of the mysterious Endermen, for the grand finale. Mojang also announced an upcoming Ultimate Edition of the game.

Much like previous DLC packs, the premium content will present the brand-new region to tackle with its challenging missions, as well as new enemies, gear, and more for expanding the universe. Echoing Void has a July 28 launch date attached to it, and going by earlier packs' pricing, it will cost $5.99 to purchase standalone while also being included in the season pass.

On the same date the DLC drops Mojang is releasing a free update for all players that will carry the Gauntlet of Gales. This is a unique mission that will offer a maze-like experience filled with puzzles and trials to overcome. The update will introduce several new enchantments as well, including Ambush, Shadow Blast, and Void Strike. 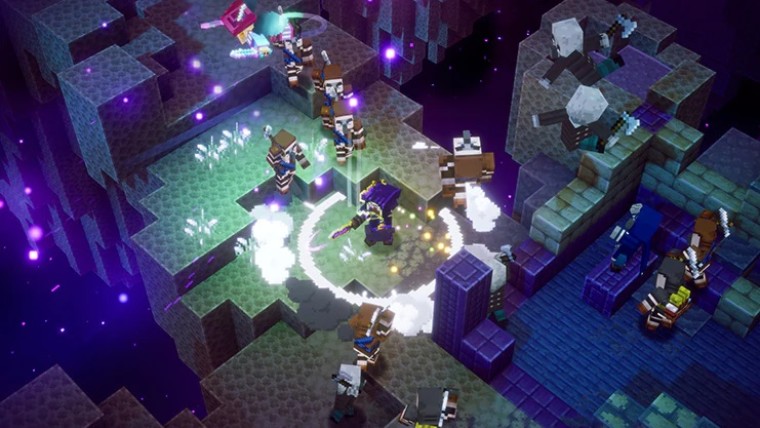 Packing even more things into July 28, Minecraft Dungeons: Ultimate Edition is also releasing on that date. This will be a complete package that has the base game plus all six DLC packs – Jungle Awakens, Creeping Winter, Howling Peaks, Flames of the Nether, Hidden Depths, and Echoing Void. Pricing has not been revealed yet.

The current storyline is coming to an end and a complete edition is being introduced, but Mojang says it is not done with Minecraft Dungeons just yet, adding that "there’s plenty more to come." We will have to wait and see what the studio's future plans are for the 10 million players-strong action RPG.