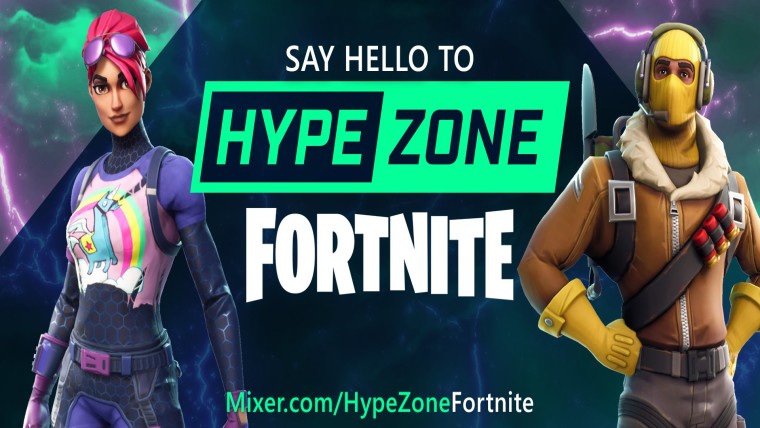 Last year, with the launch of Player Unknown's Battlegrounds (PUBG) on the Xbox One, Mixer introduced HypeZonePUBG—a new type of channel that showcases streamers at the tail-end of a match. The channel served as a way to highlight the most intense, final stages of a game, whilst helping streamers gain followers, and viewers discover new channels.

Today, Mixer announced that it has expanded HypeZone to Fortnite: Battle Royale. Users are now able to witness a streamer in the final stages of a match and cheer them on:

"At Mixer, we know that the 'final 10' can create epic moments. The storm is closing in, you’re out of shield potion, and you’ve built your fortress to make your last stand… and now hundreds of Fortnite fans are cheering you on. The battle is building and HypeZone Fortnite will be a do-not-miss action packed channel to satisfy those Battle Royale needs. We hope to see you streaming and cheering on your fellow Mixer broadcasters in their pursuit of Victory Royale!"

HypeZoneFortnite is in its early stages so it doesn't offer as much functionality as its PUBG counterpart. Currently, everything is automated and there are no commands like '!next' to skip a stream. The channel is still a great way to get in on the most intense games, however.

You can check out HypeZoneFortnite on Mixer or head over to the channel on Android and iOS from the app.