Intel's Alder Lake-S and the Z690 platform are probably launching pretty soon which is why we have been having plenty of performance leaks in the last few months.

Back in July, it was reported that Intel's Alder Lake-S flagship SKU, the upcoming Core i9-12900K, was besting AMD's Ryzen 9 5950X in Cinebench R20. Although unconfirmed, this sounded impressive as Cinebench, and rendering in general, has been one of the stronger areas of performance for Ryzen.

Today, a screenshot showing the alleged performance of the i9-12900K in Cinebench R23 has leaked. The image was posted by HXL on Twitter and the processor apparently has scored around ~2,050 points in the single-core test. 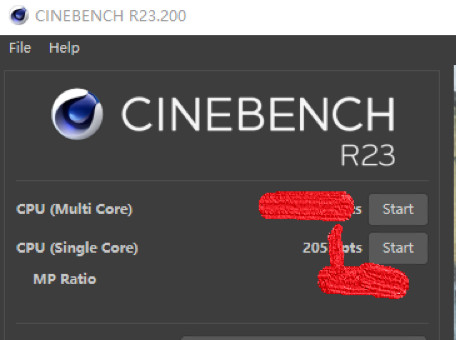 That's not all though as another Twitter user REHWK posted another image of an alleged Cinebench R23 run for the Core i9-12900K, though this time, it was showing the performance of the CPU in the multi-core test. Alongside the Cinebench R23 application, this image also has CPU-Z and the Task Manager open, giving the image more credibility.

In terms of how these compare, the single-core number is around 20% faster than the Ryzen 9 5950X while the multi-core score is only slightly better. Since the multi-core number appears to be more believable, it's probably not very wrong to add that the score is indeed impressive as the Core i9-12900K is (8+8) CPU part. The (8+8) indicates eight powerful P-cores and eight smaller E-cores. The design is similar to Arm's big.LITTLE and Chipzilla is calling it the Performance Hybrid architecture.

However, the new Performance Hybrid approach that Intel is going with Alder Lake might have its downsides too in many applications as even Intel's own instructions per clock (IPC) numbers also suggest. The image below shows IPC gains in Alder Lake against last-gen Rocket Lake architecture and it is clear that Alder Lake loses out in quite a few tests despite the overall 19% average improvement.

Of course, it is entirely possible that the tested part here wasn't at its best which could explain the especially poor showing in this instance. But this isn't the only time where the Core i9-12900K has performed poorly. Adobe After Effects numbers for the upcoming Intel flagship leaked last month and it too showed lower improvements.

Regardless though, it should always be kept in mind for all such performance leaks that the numbers could be very different from finished retail products as a lot of variables, like clock speeds, active cores, among other things, are often unknown.