The battle for mobile phone dominance heats up once again, with the new ad for the Motorola Droid X, stating "No Jacket Required" referring directly to Apple. It's getting more and more personal between Apple and Motorola.

The battle of words started when Motorola used the line "hold the phone any way you like" in an ad campaign in support of their own phone, Motorola Droid X. With the response from Apple being a little more direct, aimed squarely at the Droid X. Apple released a video about how to lose connectivity with the Motorola phone. The image below was released by Apple to combat the above comment from Motorola. This image was released along side an instructional video on how to lose your cellular connection when using the competitions phone. 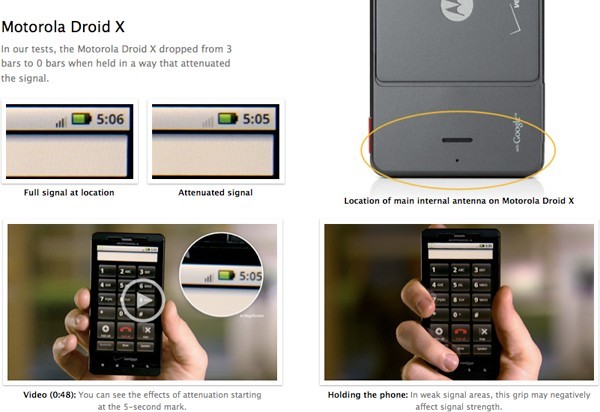 Now, in response to this, Motorola has created a new ad. Motorola has added a new campaign with the line "No jacket required' which is poking fun at the solution to the iPhone 4's antennae issue. The solution is to give every consumer a jacket, but Motorola found this to be a marketing opportunity, releasing a new advertisement - see below. 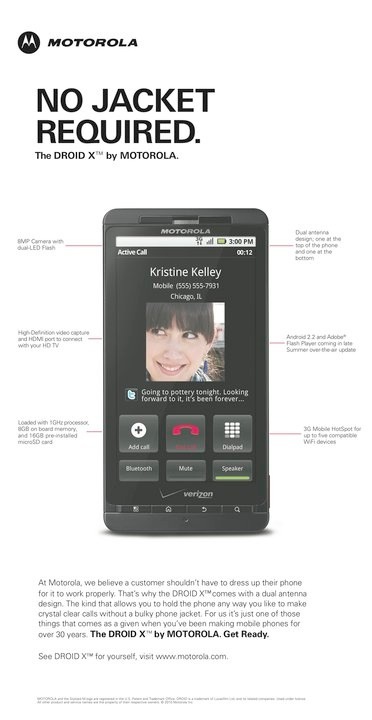 It remains to be seen if Apple is going to respond to this direct reference, but it is clear that phone companies mean business when it comes to beating Apple and it's juggernaut, the iPhone.