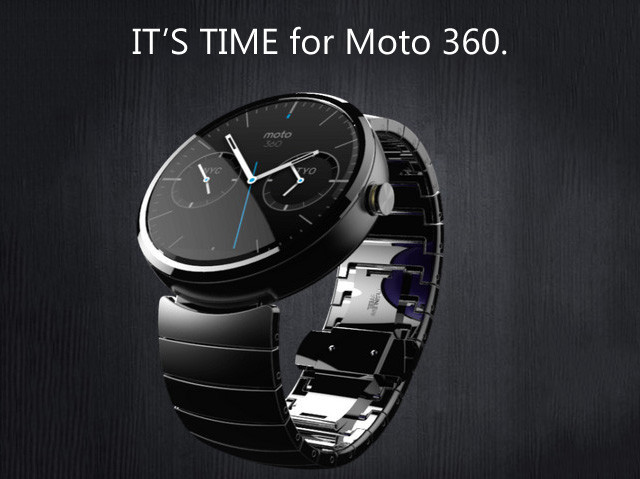 It was only a matter of time before Motorola decided to join the smart watch category with its own entry. Although this device wont be launching until summer, Motorola has definitely introduced a product that is unique compared to its competitors. The Moto 360 aims to change the way smart watches are created by offering it as a modern timepiece. By starting with the design, Motorola decided that using high quality materials like metal and leather were key in making this smart watch different; they also wanted to create something that resembled a traditional timepiece.

By sticking with a circular design, they created a classic timepiece with the updated technology of todays daily needs. Utilizing Google's new mobile device OS, Android Wear, the Moto 360 will have features similar to Android with utilization of spoken command assistance by Google Now; users will be able to initialize a connection by using the phrase "Ok Google". From there, you will be able to speak commands to text, check email, and find directions.

While there is no mention of specifications or physical technologies used, if this watch can provide excellent battery life and functions as advertised, Motorola could be the first company to have mastered creating a functional smart watch with mass appeal.

The Moto360 is slated to release in Summer of 2014 with an unknown price point.