A couple of weeks ago, Borderlands 2 was released, and despite attempts to organize a review of the game I caved in and purchased a copy of the game on PC. Having played the first Borderlands game I was very excited to hop once again into the world of Pandora and enjoy some crazy role-playing-first-person-shooting action. While this isn't a review, here's some of my thoughts on the game.

I remember putting a decent amount of hours into the first Borderlands, and when it came to playing Borderlands 2 I again found myself engaged with the world within. The world has gotten bigger, Claptrap is back, there's new environments to explore, heaps more loot, better menu/inventory systems plus an absolute mountain of quests to complete. 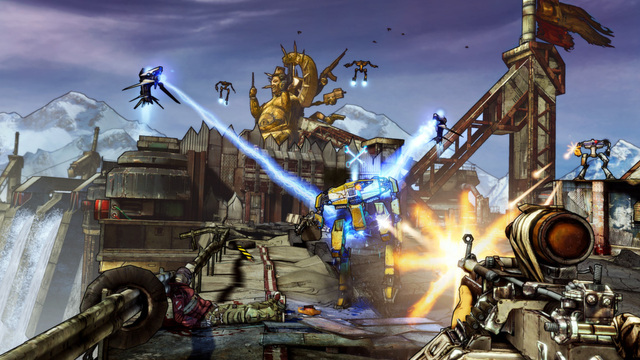 As a completionist I couldn't resist the temptation to finish every single quest available in Borderlands 2 - a task that took me 35 solid hours of gaming, finishing all the quests bar the last ridiculously hard side quest (those who've finished the game will know what I'm talking about). I ended as a level 33 Commando, and though you can go all the way up to level 50, that will have to wait until some DLC is available (or perhaps a second playthrough?).

Even though I readily had friends available to play Borderlands 2 co-op, I played the entire game through in single-player. It turns out that the character I chose, accompanied by a turret you can deploy at will, is perhaps the best choice for single-player as the turret is immensely useful. When times get tough, I simply deployed my turret mate and he went about blasting bandits, scrags or whatever other enemies were giving me a hard time. 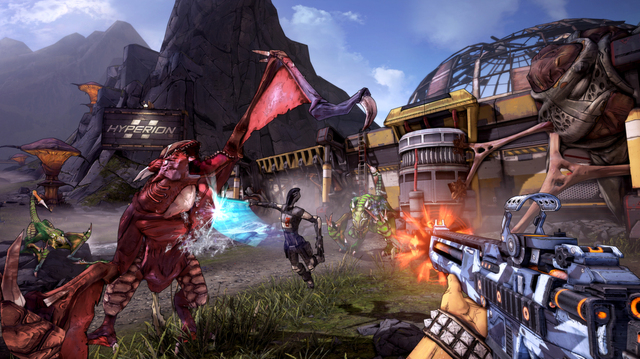 I had a lot of fun playing the game in single-player, and I have to say that some of the side-quests are ridiculous, but awesome at the same time. One I recall clearly involved picking up a whole bunch of volleyballs, before setting fire to these guys' volleyball net in revenge for something. Another simply required me to shoot a crazy character in the face; a task I willingly obliged to do.

The art style of Borderlands 1 naturally made a comeback in its sequel, and it makes for a nice break from the ultra-realistic graphics in a lot of other first-person shooters on the market. Perhaps it helps in the craziness of the world of Pandora and the people within, but regardless I really like what the team at Gearbox managed to concoct in that respect. Plus it performed wonderfully on my gaming rig. 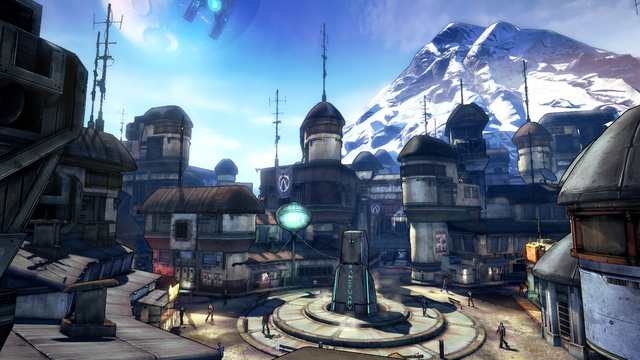 What I enjoyed most about the game, though, was how it didn't stray too far from the first game. A radical reinvention of a formula that worked so well the first time would have been a really poor choice, and I'm glad everything to love about Borderlands 1 carried over to Borderlands 2. The environments and a vast majority of the characters may be different, but the great core gameplay remains.

Also, I really liked the fact that while Borderlands 2 is a role-playing game with a leveling up system and many quests, it isn't bogged down in repetitiveness. Often a lengthy game can make you do the same things over and over again, but for the most part Borderlands 2 makes you do something different, and every ridiculous objective in a side quest makes the experience more enjoyable.

Out of all the games I've played in the last few months, Borderlands 2 is my recommendation if I could only pick one. Go out, get a copy and enjoy it; while I wait for whatever new content is to come.