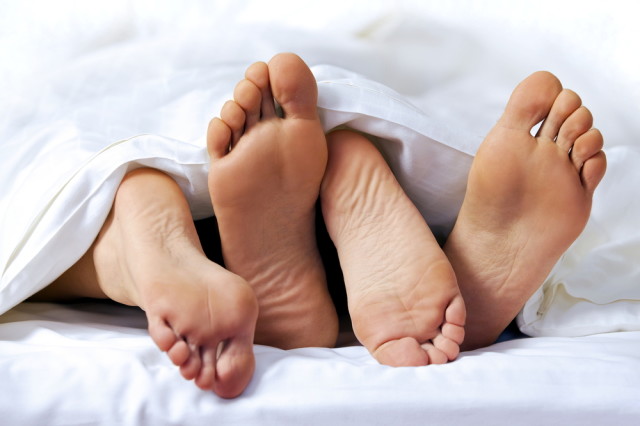 We use our smartphones for everything nowadays. From banking, to online shopping, to calorie tracking, to listening to music, and everything in between, the devices are keeping track of our lives and are never far from our hands. However, aside from the camera lens, our phones generally are not used during sex. Enter Spreadsheets.

The app, available from iTunes for $1.99, takes a page from constant data collection tools like Fitbit or Fuel Band, but instead of measuring your steps, it measures your sexual activity. How does it work? After downloading the app and telling it some basic data about yourself such as gender and matress type (seriously), you calibrate your phone by making noises while jumping on the bed. When you're ready to start recording your statistics, simply start the app and toss it anywhere on the bed while you're rolling around in the hay. And try not to break the phone during your fun. That's all there is to it.

What exactly is it measuring? For starters, the microphone records the sounds being made during your encounter, detecting how loud the activiy is. The accelerometer is measuring how much activity is being conducted and it can even tell the number "thrusts per minute" from the sexual romp. In addition to tracking the individual activity, Spreadsheets will keep track of your historical trends, including the maximum decibles you achieved, the overall duration, the most times the app has been used in a day and what your maximum days in a row has been.

You also gain achievements for some of your escapades. For example, if your sexual encounter lasts 40 minutes, you get fifteen points. You can get even more points if you have sex five times on Sunday! Points can apparently be redeemed for discounts in the Spreadsheets store. We're not making this up...

If you're worried about Big Brother watching you, don't be. The creators of the app say that they're not actually recording your trists because, "that would be creepy." Instead, they're only taking data points of the adventure. Still, we have to believe that asking your partner to ignore the phone bouncing around on the bed may be a surefire way to kill the mood.