NeoBytes :) is an occasional feature that takes a step back from the big headlines , to take a look at what else is happening in the vast, scary expanse of the tech world - often with a cynical eye, always with a dose of humor.

Many of us have, at some point, got a bit addicted to a mobile game, and perhaps spent a little too much time playing it. Whether it was back in the days of the Fruit Ninja craze, or you still find yourself wanting to beat your best performance in Wordament, mobile games can be pretty addictive - and let's face it, that's kind of the point (at least as far as most developers are concerned).

But as we all know, you can have too much of a good thing, and it's easy to take things a bit too far, as one guy from California recently discovered. The 29-year-old had got himself well and truly hooked on Candy Crush, playing the game more or less all day for at least six weeks. 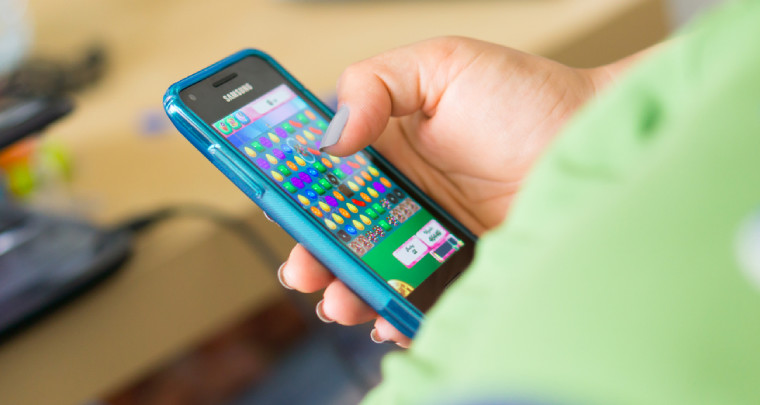 As BBC Newsbeat reports, the repetitive strain that he was putting upon his hand while constantly tapping the screen ultimately took its toll, and he tore a tendon in his thumb. But even more astonishing than someone physically injuring themselves while playing games on his phone, is the fact that the guy didn't even realize he'd done it.

A ripped tendon is a very painful injury and it's remarkable that he didn't notice - and the extent of his injury was such that it even required surgery. But the most intriguing part of all this is a report published in the Journal of the American Medical Association on the incident.

The report claims that this is an example of playing video games 'interfering with when we feel pain', especially when playing for extended periods of time. It also recommends further research into ascertaining whether this 'pain relief' is a factor in why some people play video games to excess - seeking to numb some pain, becoming addicted to that relief, and then inadvertently injuring themselves.

Dr Andrew Doan, a co-author of the report, said: "We need to be aware that certain video games can act like digital painkillers."

That's one research paper we can't wait to read.