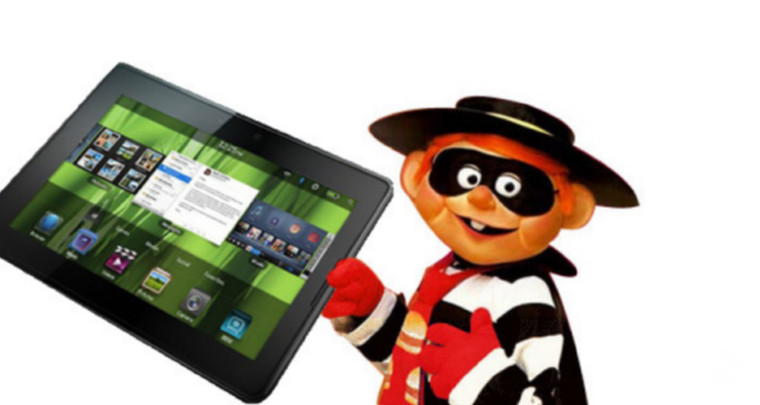 A 33-year-old man recently stole a tablet from a charity shop only to return it eight days later. The reason? He could not figure out how to operate it.

This rather unusual incident revolves around a man, Christopher Hooson, who grabbed an Android tablet from the Jonny Kennedy store in Whitley Bay, England, when the security personnel were not looking. He took the tablet to his home but after eight days of unsuccessful attempts, still couldn't figure out how to operate it, so he tried to return it as a donation to the store he stole it from.

Apparently, he was unaware that charity shops have CCTV just like other stores, and this proved to be his downfall as the staff recognized him from the CCTV footage and immediately called the police to apprehend the thief. Hooson was arrested and presented to Tyneside Magistrates' Court where District Judge Begley questioned him:

Hooson: I didn't intend to steal it. I forgot I had it in my bag, so I returned it when I noticed.

Judge Begley: How do you walk out of a shop having put it in your bag and not notice?

Hooson: I know, it sounds ridiculous, doesn't it?

Judge Begley: That's not what happened, is it?

As Hooson admitted the illegality of his actions, Judge Begley passed the sentence stating that:

It's not very nice to steal from a charity shop. At least some sense eventually returned to you and you returned the item. However, it is a particularly mean offense.

Subsequently, Hooson was fined £75 and was also ordered to pay £85 costs and a £20 victim surcharge - rather more than the value of the tablet he stole, which was worth around £50.