Neowin ran a competition last week where we asked members to make a Neowin logo out of real world elements and make it look as magical as possible.

We received 128 unique and truly amazing demonstrations of effort and creativity. You can view all the entries here. We made a list of the top 25 entries and asked the staff to vote on their top 10 from the list. Entries were given rankings based on a 1 to 10 basis. The voting was extremely close but there was a clear winner as shown below: 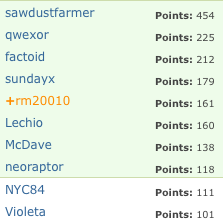 We'd like to thank and congratulate all the winners and everyone who entered the competition. We were very impressed with the entries we received and wished we had more prizes to give away!

The prizes are awarded as follows:

sawdustfarmer by name and nature, a great example of the Neowin logo made from saw dust on a field: 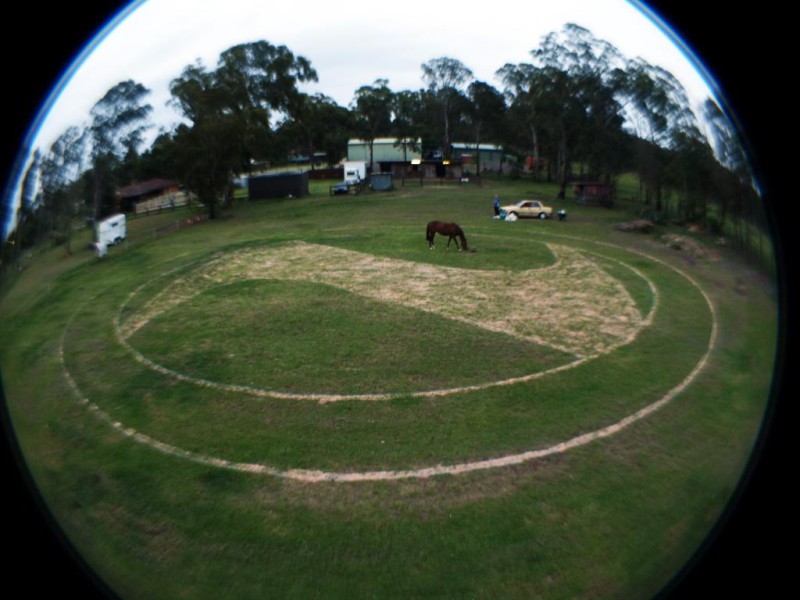 Made with Canadian snow, qwexor used a peg in his backyard and made a couple of big circles by tying a rope around the peg. He then roughed out the Neowin logo and shovelled the snow out of the logo: 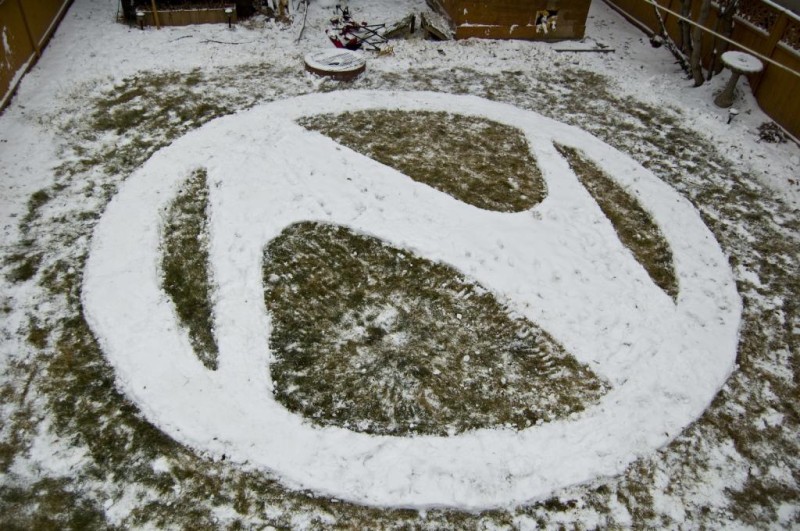 factoid used a Nikon DX10 and a parking lot to create an artistic Neowin logo in the night: 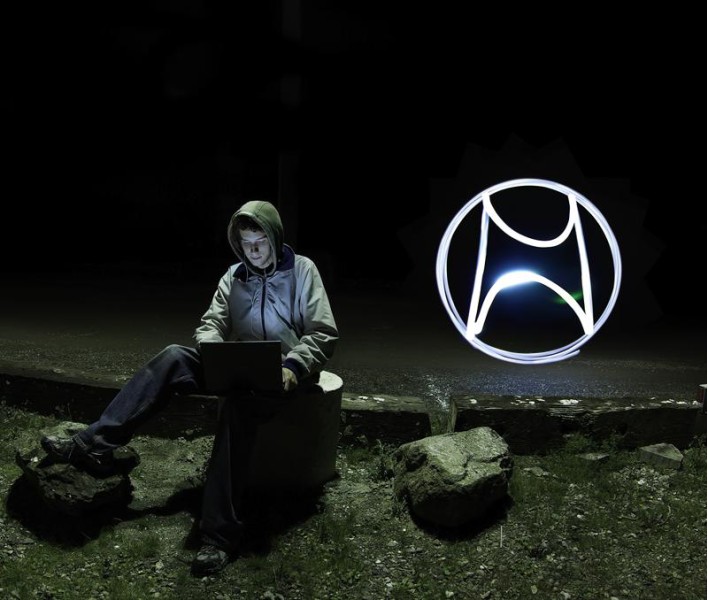 sundayx set up a D300 on a tri-pod and started drawing with the light from his Nokia in his hand (he couldn't find a torch) on a 30 second exposure to create this Neowin logo effect: 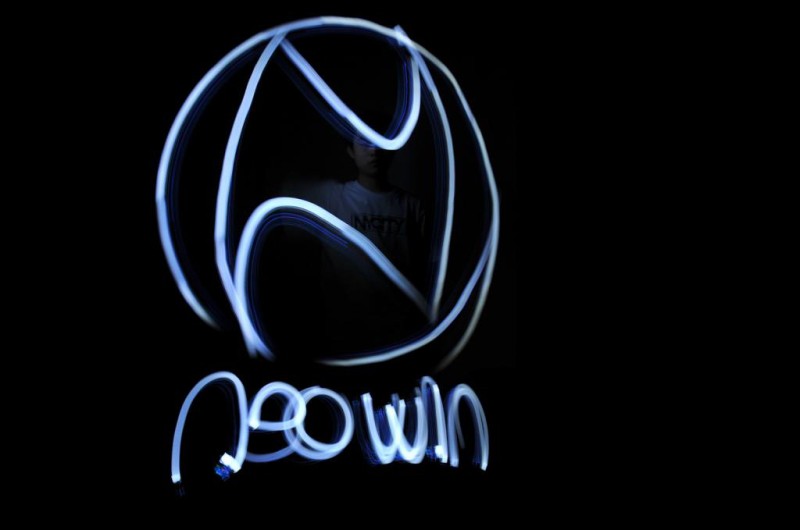 Watch out the magical batman Neowin logo is calling...
Rm20010 cut out the Neowin logo on cardboard and used his phone as a flashlight so the light would project a large Neowin logo onto the wall. For extra effect he placed himself beside the logo with a WTF facial expression. The camera used was set on a tripod, ISO speed to 200 and a timer. 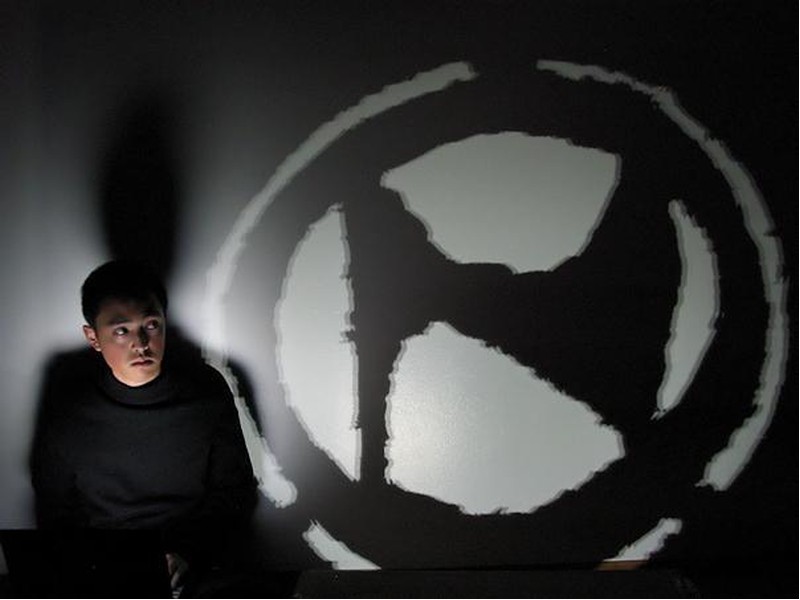 The work started with making a "frame" out of wire and by giving it a circular shape, after that was complete the central letter "N" was made using that same material. The wire frame was then inserted into a metal cup. The metal cup was then filled with small rounded pieces of acrylic, of different colors and opacity levels. In the central circle, transparent bright blue was used, for the letter "N" a darker blue was used and for the external borders an opaque white was used. After all of the different parts in the composition were filled, the cup was then inserted into a pre-heated oven for a couple of minutes until the acrylic melted. It was then taken from the oven and left to rest for a few minutes. Small adjustments on the shape were then made, and the borders were "polished". The picture was taken in the complete dark using a background light so that the transparent blue and the logo shape would be the only thing revealed in the picture: 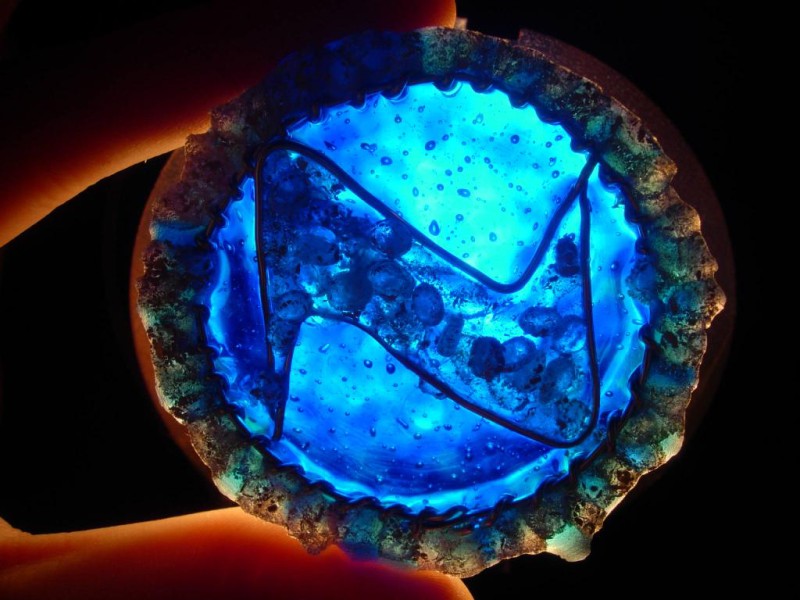 McDave made the neowin logo first by tracing the logo onto paper from his TV, then he transferred that image onto card and constructed a stand. Everything was covered by Paper Mache and sprayed blue. To take the picture he visited a local mall. 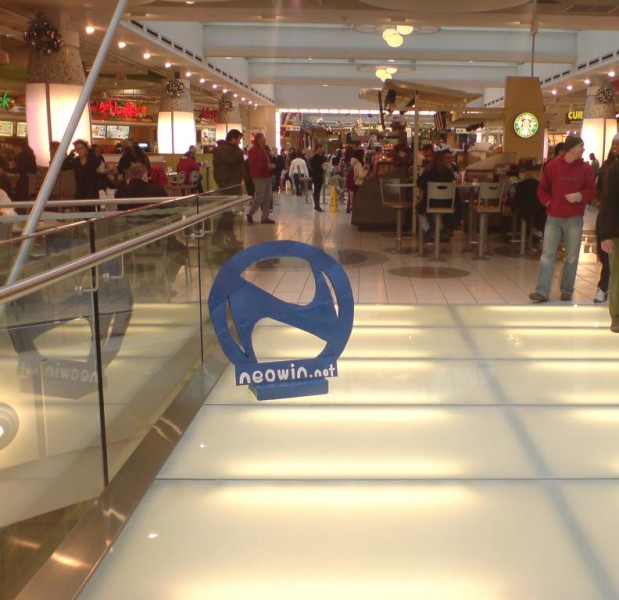 The first thing that came to neoraptors mind was the idea with the pumpkin that transformed into carriage from "Cinderella". Unfortunately he couldn't find an orange pumpkin and horses so he had to improvise with apple. This made the job a little bit trickier since the apple is softer and it is harder to be carved with the knife. The end result was an impressive Neowin apple: 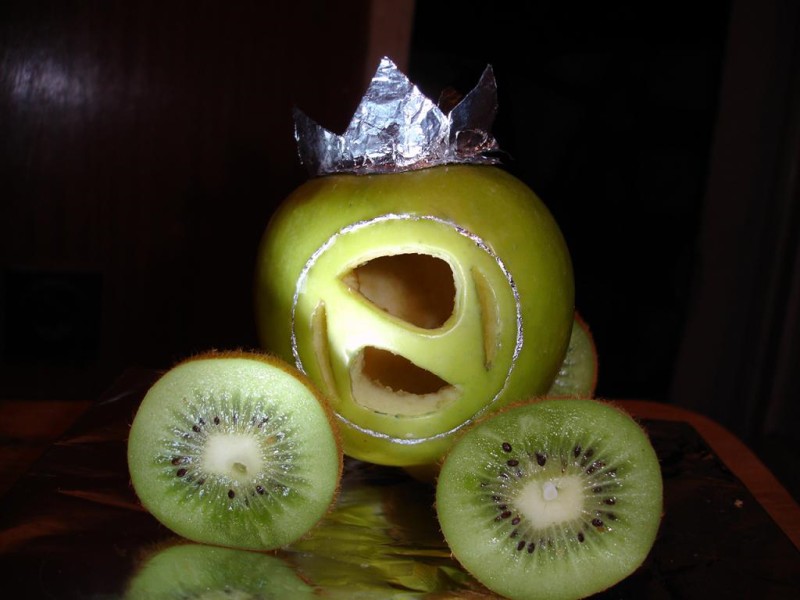 All winners have been contacted and their prizes will be shipped on or before the 22nd December. Please remember that the compeititon is still ongoing at other sites, check out the HP site for full details.