Courtesy of @OnLeaks, we now have our first look at what Huawei's upcoming P30 series of flagships will look like. The 3D renders unveiled by the leaker, alongside an accompanying video, indicate that the phones will retain a triple-camera setup similar to the current generation. They will also be aligned vertically, just like the P20 and P20 Pro, instead of the square matrix design of the Mate 20 series.

Those cameras are expected to include a 38MP main sensor, with at least one of the two remaining sensors offering up to 5x optical zoom. The selfie camera on the phone will be 24MP. 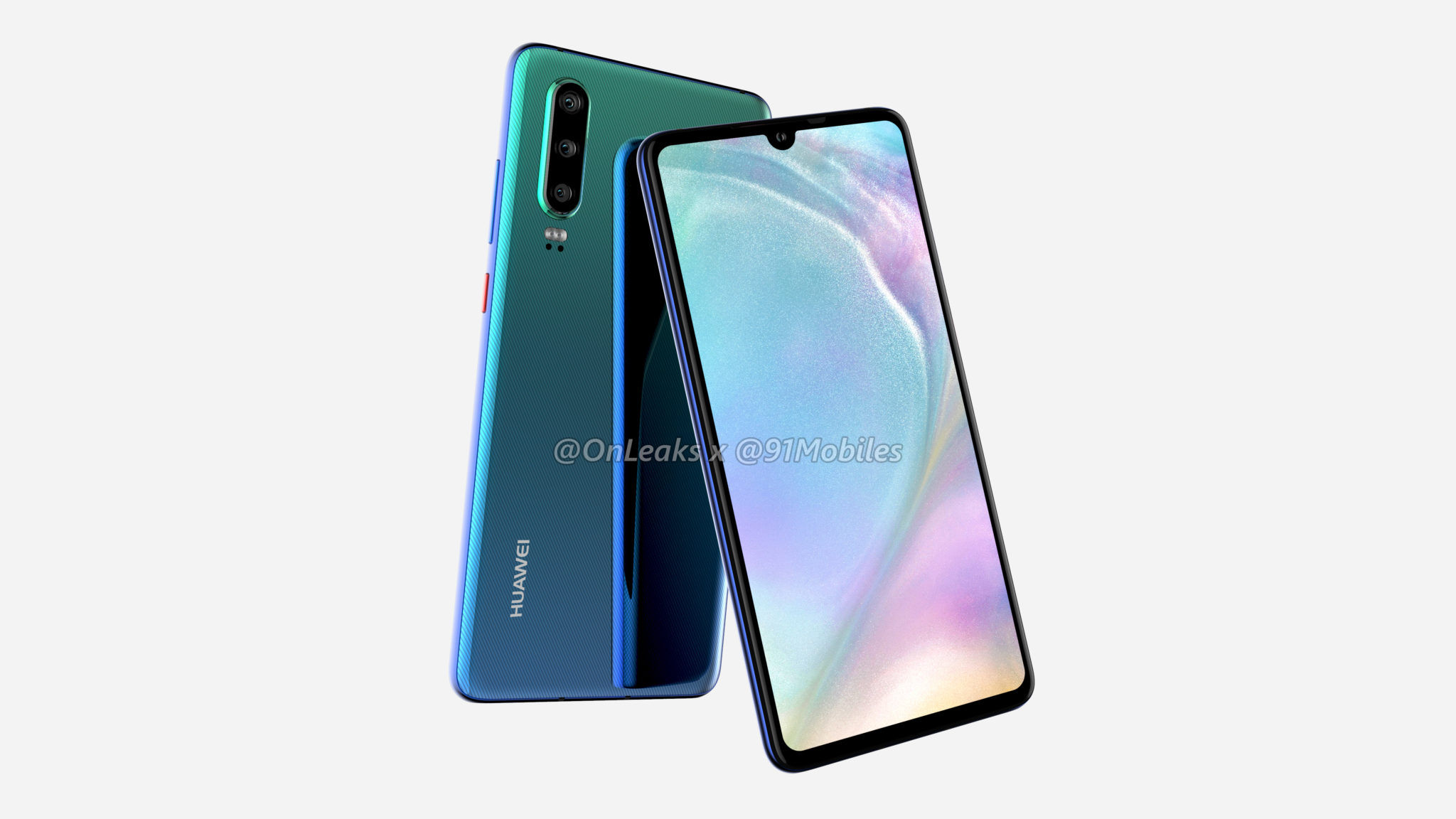 The back of the phones will also feature the gradient finish that the P20 and P20 Pro made popular last year, though it seems the company has decided to bring the textured finish of the Mate 20 series to its P series phones as well. That'll likely make the phone a little less of a fingerprint magnet, a common complaint about phones with glass backs.

A fingerprint sensor is not visible anywhere on the body of the handset, likely indicating that Huawei will be utilising the in-display fingerprint technology found on the Mate 20 Pro for the P30. Alongside this, the company is also going to go with a waterdrop notch for a higher screen-to-body ratio, though there is still a significant amount of chin under the screen. The screen itself will be 6-inches in size.

Surprisingly, the P30 will bring back the 3.5mm headphone jack. It will also have a USB Type-C port at the bottom, with the volume rocker and power button to the right of the chassis.