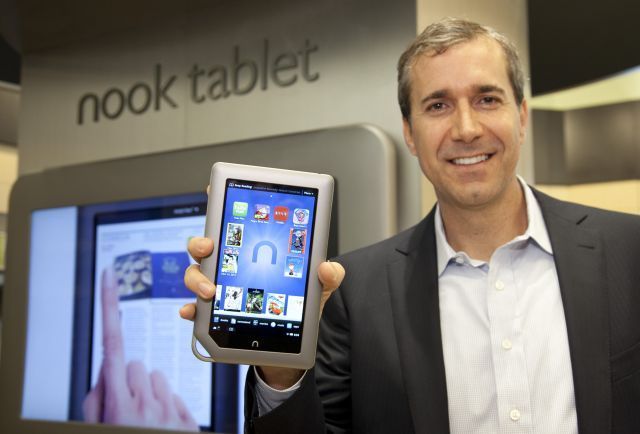 When the Nook Tablet was first announced by book seller Barnes and Noble in November, the company made it a point to emphasize that the tablet had 16 GB of storage, which was double what Amazon offered with its new Kindle Fire tablet. Unfortunately, the flip side of that storage increase was that the Nook Tablet cost $249, which is $50 more than the Kindle Fire's price.

Today, as part of their quarterly financial results, Barnes and Noble announced the immediate launch of a new 8 GB version of the Nook Tablet. The price of the new version is $199 which brings it in line with the Kindle Fire. For those folks who want the extra storage, Barnes and Noble is still selling the 16 GB Nook Tablet for $249.

In addition, the company announced that its older Nook Color tablet will also get a price reduction, from $199 down to $169. The Nook Simple Touch eReader device remains at its current $99 price point.

Image via Barnes and Noble