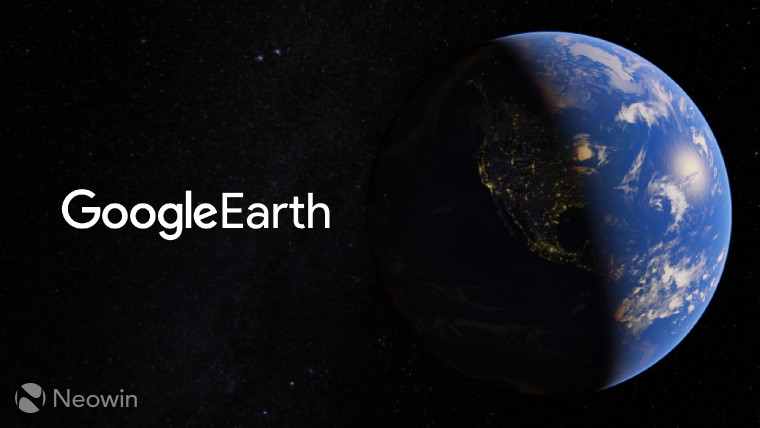 Last week Google announced it would be launching an overhauled version of Google Earth, its popular geographic software. Now, the new Google Earth is here offering improvements in navigation, an easier way to share points of interest, and curated collections of wonderful places around our pale blue dot.

In its announcement post, Google’s engineers wax poetic about the way seeing the whole world around us changes our perspectives, and the wonderful fact that we can do so from the comfort of our own homes thanks to Google Earth. The new version of the software, currently rolling out on Android and the Web, soon to come to iPhone, emphasizes the idea of discovering new places and learning new things.

As such, Google has introduced not one, but two new features focused on these tasks. The first one will be familiar to many of you, being called “I’m Feeling Lucky”. It’s simply a way to view random points of interest around the world and learn more about them. From the burial chambers of the emperors of China, to awe-inspiring mountain peaks, to lonely volcanic mountains in the Pacific, the system holds over 20,000 points of interest for you to stumble upon with the click of a button. Once you find something you love, or get that exact view you wanted, you can share it as a “postcard” with others. This feature now works anywhere on Google Earth, making it much easier to shows others what you’ve discovered.

The second discovery-focused feature is called Voyager, and it’s a curated multimedia experience of different places around the world. In one collection, Natural Treasures, created by the BBC, you can see videos, check out sites on the map, and look at images of different features of our planet.

A different collection, called Girl Muppets Around the World, shows some beloved Sesame Street characters as guides in different locations and cultures, from India, to Afghanistan, to Mayan temples in Mexico.

All in all, this can be an interesting way to explore our world, and Google’s approach seems to lend itself very well to an education effort, though the new features do seem to fall a bit short of the expectations Google set when it originally announced a “new Google Earth”.