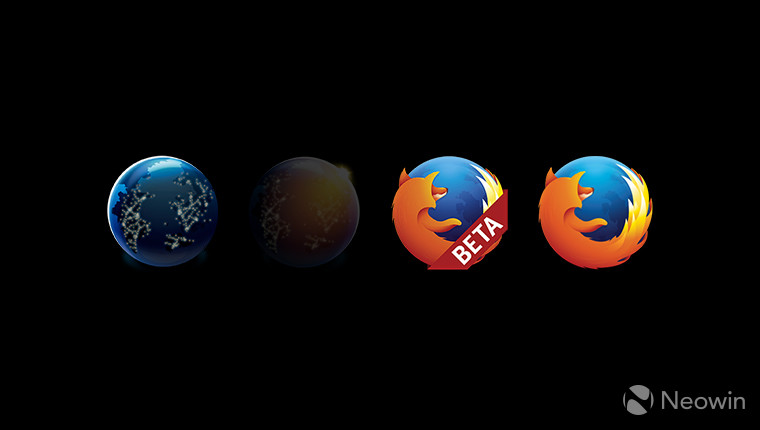 Back in 2011, after the repeated delays of Firefox 4, Mozilla decided to switch to a more Chrome-like development structure, thus splitting its browser into four distinct channels. Though at the time it was a good move, over the year it proved to be more of a hindrance than anything else, which is why Mozilla has elected to shut down its Aurora channel.

Let's have a look at what the difference was between the various development channels when this structure was first introduced six years ago.

The first, "mozilla-central", was in essence an alpha version, later officially called Firefox Nightly. That was followed by "experimental", which was the same alpha variety but with some testing, and later became known as Firefox Aurora. The last two are Beta and the stable release of Firefox, which are pretty self-explanatory.

In order to avoid long deltas between browser releases (we're talking a new release once a year), the company's rapid release cycle underlined the goal to have a brand new version out about every 16 weeks:

The main idea was that the user base of each subsequent channel would be about 10 times larger than the one preceding it. In practice though, those who wanted to have the latest and greatest stuck with Nightly (mozilla-central), while those who wanted some new features, but were not willing to sacrifice that much stability, went with Beta. This meant Aurora stuck out like a sore thumb, which is why it was even renamed to Developer Edition:

By using the Developer Edition, you gain access to tools and platform features at least 12 weeks before they reach the main Firefox release channel.

Indeed, if you take a look at the appropriate Mozilla portal for desktop releases, you'll see there's no Aurora in sight. Flip over to the Android section and you'll see it there in all its glory.

All in all, this move on Mozilla's part was undertaken to make development even more agile, and thus better respond to whatever the browser market demands. Hopefully this means an even better chance of them delivering new features and UI redisigns on time.