Nokia’s announcement of its new Windows Phone 8 handsets this week was a bit of a mixed bag. There was much to like; the new devices are clearly stylish and packed full of impressive tech – but the event itself was plagued by technical hiccups, and Nokia found itself in a storm of controversy when it emerged that it hadn’t been entirely transparent in its presentation of the PureView imaging technology that features in the flagship Lumia 920.

Between Nokia’s stagnating share price and slow smartphone growth, many among the press, the wider blogosphere and even some consumers, have taken to believing that Nokia is running out of time to turn its Windows Phone strategy into a long-term success, with some suggesting that anything short of phenomenal, mind-blowing sales of the new Lumias will mean the end of Nokia as we know it.

Not so, says Nokia. Jo Harlow, the company’s senior vice-president for Smart Devices – who announced the Lumia 920 at the New York event – told The Telegraph that this was not the make-or-break moment that some would like to believe. 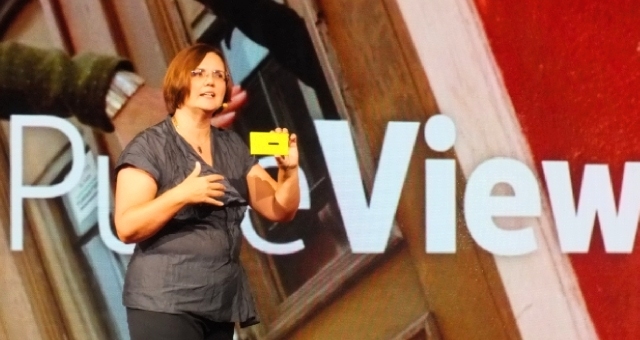 “This is a step in the journey,” she explained. “This characterisation that it is the last step is not reality. These are two devices; they’re not all the devices that we’ll base on Windows Phone 8. This is our strategy and it’s a journey; there’s not one moment in time that defines everything.” Indeed, recent leaks point to at least two more Windows Phone 8 devices being on the way – the entry-level ‘Flame’ and the Zune-like ‘Zeal’ – with a new low-end 'Glory' Windows Phone 7.8 handset also on the cards.

Harlow also reiterated earlier sentiments that Nokia aims to continue offering distinctive products, while still making a strong contribution to growing the Windows Phone platform as a whole, citing maps as an example of this.

Nokia has said that it hopes to offer superlative location services on its devices; its CEO, Stephen Elop, said earlier this year that he wants Nokia to "become the 'Where?' company", and the recent full release of its City Lens app offers another taste of its plans in that area. But its partnership with Microsoft has also seen Nokia’s Navteq mapping technologies extend to Bing Maps, bringing improvements to other manufacturers who also use that service.

So while this may not be the last chance for Nokia to bring its strategy to maturity, no-one can deny that the company is still facing a huge challenge, and the imminent arrival of the new iPhone won’t make things any easier – especially when it seems that we’re still almost two months away from the new Lumias going on sale.

Source: The Telegraph | Image via ZDNet