It was only a couple of days ago that reports started to emerge about Spotify possibly coming to the Xbox One after nearly three years of exclusivity on the PlayStation. While Microsoft hasn't officially spoken about the app or verbally confirmed it, it did offer us a glimpse at Spotify running on the Xbox One recently, suggesting that it's being internally tested. Now, the Store listing for the app has been spotted, which means that new photos have been revealed for the app as well. 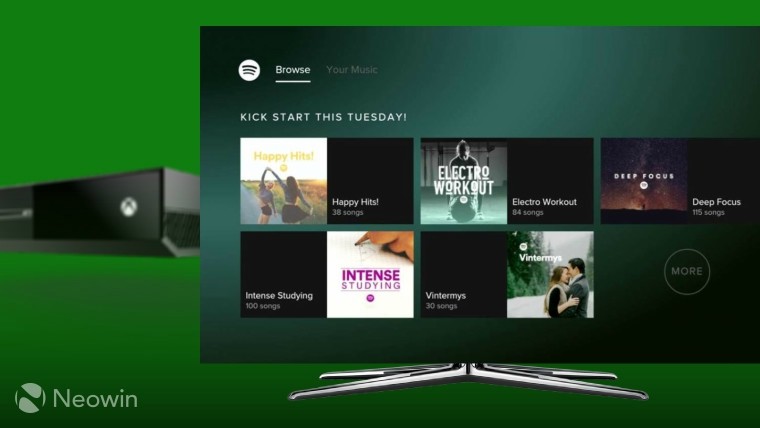 The Spotify app for the Xbox One has been spotted in the Store; It offers various features including listening to music in the background, browsing your favorite albums and music, "easy playback" using the Xbox One controller, and the ability to find and curate playlists.

The Store listing implies that the app can be utilized for free as well, but premium subscribers will enjoy an ad-free experience and higher quality audio.

While virtually nothing else about the app is known, it is important to note that the listing indicates that this is a dedicated app for the Xbox One, as previously anticipated, rather than a new Universal Windows Platform (UWP) app. A Spotify app for the PC already made its way to the Windows Store in June, thanks to Microsoft Desktop Bridge app conversion tool. You can check out more images for Spotify on the Xbox One in the gallery below.

Gallery: Spotify (Beta) for Xbox One