A new Windows Live Messenger Wave 4 Milestone 3 screenshot has leaked onto the Internet, spotted by LiveSide.net.  Neowin can confirm the screenshot is genuine and looks identical to ones we have seen and published over the past few months. 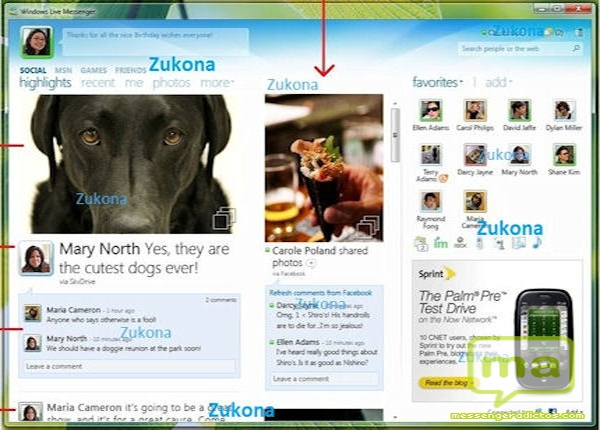 Facebook integration not only shows the feed, but looks like it will allow commenting, photos and filtered feeds, including highlights, recent, my profile (me), photos and more.  It doesn’t appear from the screenshot that Windows Live Messenger allows Facebook Chat, but Facebook recently opened its XMPP chat protocol to the masses so it could be possible in future.

Microsoft has also included SkyDrive support, possibly for sharing photos, documents and storage media.  A new way to share your online photo albums with your contacts is shown.  Note: “Mary North” has posted “via SkyDrive.”

The Inside Windows Live team also posted a short history of Windows Messenger recently, including a screenshot of the new emoticons: