With Microsoft set to announce when Windows Phone 7 will be available on Monday, it seems that the company is no longer able to keep the leaks under control.

Yesterday official press renders of the LG E900, expected to be called the Optimus 7, appeared on the internet. The device is thought to have a 1GHz processor, 256MB RAM, a 3.8” screen and 16GB internal storage. It is understood that this device will be on sale in Europe. 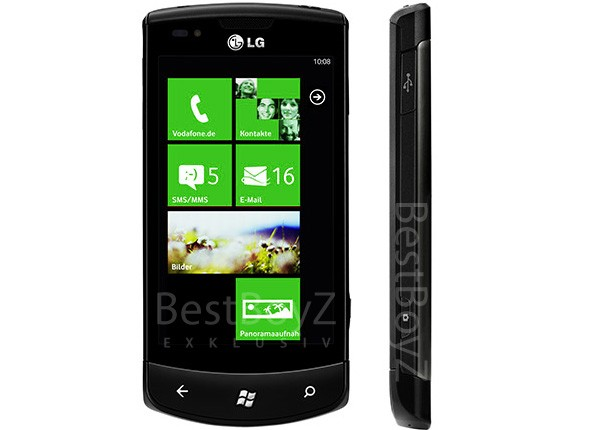 During this video the “Samsung Hub” is demoed which shows the weather and stocks. There have been videos of the HTC Hubs on its own devices so it would appear that device makers will differentiate their devices by adding these hubs and additional features with LG working on adding DLNA support for its devices.

In other Windows Phone 7 related news the new mobile OS has been receiving praise from unexpected people. John Gruber of Daring Fireball, who has a strong preference to Apple and its products, gave some positive feedback about a short hands on he had with a Windows Phone 7 device. Gruber has been quoted as saying that it was “really nice” and that his first impressions were “very, very favorable”. Interestingly, when asked if he had to choose between Android and Windows Phone 7 as a mobile for a month he said he would choose Microsoft’s offering over Google's.

Noah Kravitz, editor-in-chief of phonedog.com who has done in depth reviews of many phones and operating system also seems impressed with Windows Phone 7 after spending some time with a developer unit. He even thought the UI is more modern than that of the iPhone and went as far as to say “Windows Phone 7 UI makes iPhone look like a dinosaur”.

It is thought that on Monday Microsoft will announce that Windows Phone 7 will be available. Neowin understands devices will be released in Europe, Asia and Australia/New Zealand on October 21st followed by a November 8th release for those in the US.