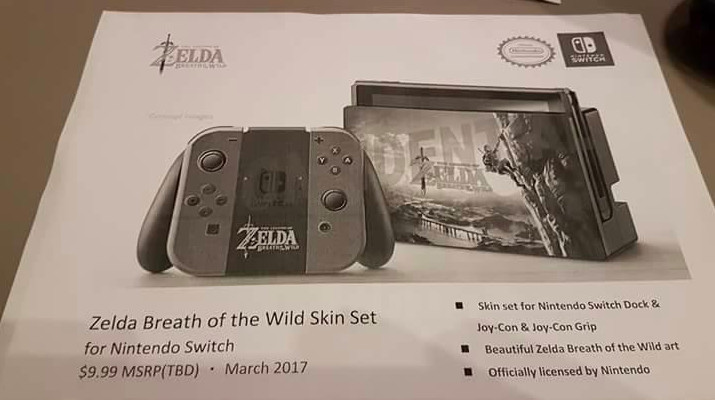 Later this week, Nintendo will share more information about its upcoming hybrid console, the Switch. While there hasn't been much in terms of leaks up until this point, somenewly revealed documents are shedding more light on the console. 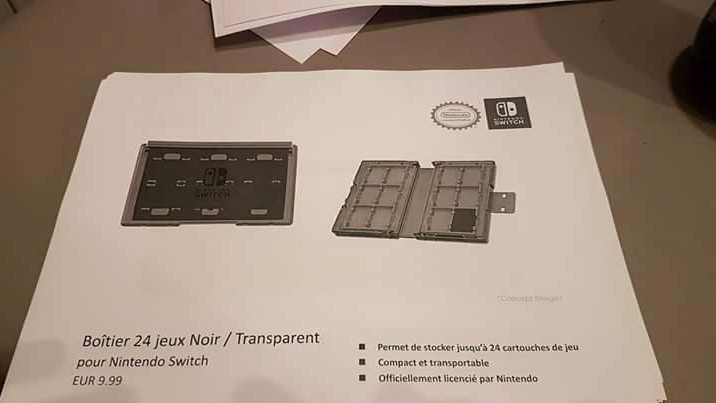 While these accessory sheets don't offer details about the Switch directly, it does give us clues about what could be coming in March 2017. In the first image, we see a The Legend of Zelda: Breath of the Wild skin set which could be a fairly good indication that the game might arrive alongside the console as a launch title. The second image of a game-carrying case gives us an idea of how large the game cartridges might be. In the gallery that is attached at the bottom, there are more pictures that include a fighting stick and an accessory bundle as well.

If you are curious about the Switch and want some hands-on time with the unit before its retail release in March, be sure to check out the tour dates, where Nintendo will be showing off the console on multiple weekends to the public.