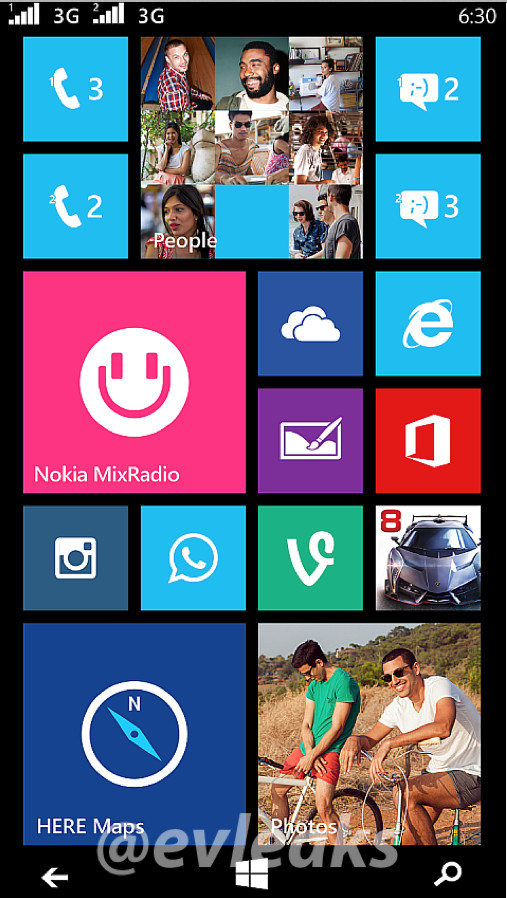 Nokia is currently working on several Windows Phone 8.1 devices, two of which have already been revealed to be codenamed Moneypenny and Goldfinger. Previously, it was reported that Windows Phone 8.1 might include support for virtual navigation keys instead of hardware buttons, and it looks like Moneypenny may be one of the first to support the feature.

The home screen image was leaked by the usual suspect, @evleaks, and shows that the device will support two SIM cards. More so, the phone will also be using virtual navigation keys that can be seen at the bottom of the home screen.

No word on when these devices will be released or their price point. On the latter, we would suspect that they should be cheaper based on their branding of the 6 series class of Lumia devices.