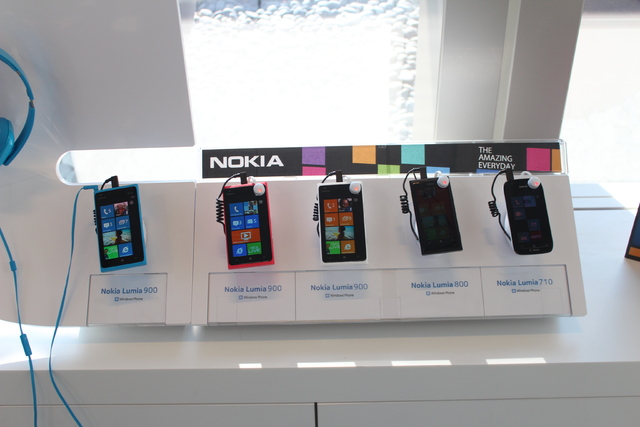 The Nokia Lumia 900 is cheaper to buy starting this week. The Windows Phone 7.5-powered smartphone is now priced at $49.99, a 50 percent price cut, via its exclusive wireless carrier AT&T; that price is based on signing a two year contract.

The announcement was made in a post on Nokia's blog, along with the announcement that the previously revealed pink color version of the Lumia 900 is now available for sale at AT&T stores.

The Lumia 900 launched on Easter Sunday in April for $99.99, although some savvy shoppers could have bought the phone for $49.99 or $19.99 at launch. The launch was reportedly solid at first, with AT&T saying that demand for the phone had exceeded its expectations; the phone has also generally received positive reviews.

Reuters reported that, according to a quote from a Nokia spokesperson, it is not unusual to cut the price of a smartphone at this stage of a product's life, adding that the price reduction for the Lumia 900 " ... is part of our ongoing lifecycle management, which is jointly done between Nokia and carrier customers."

A few weeks ago, Microsoft confirmed that the Lumia 900, along with all current Windows Phone devices, would not get an upgrade to the upcoming Windows Phone 8 OS, but it will get a intermediate update to Windows Phone 7.8.