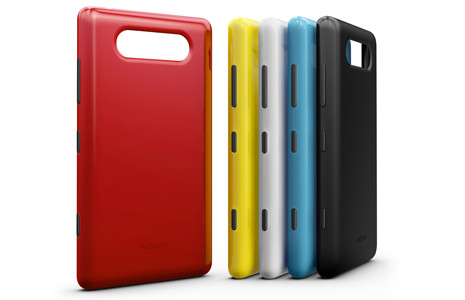 The Lumia 920 may have received most of the praise this holiday season as a flagship Windows Phone 8 device but its younger cousin the Lumia 820 can still hold its own.

One of the selling points of the mid-range Nokia Lumia 820 are its interchangeable back covers that come in a multitude of colors and some even bring additional features such as shock and dust protection or wireless charging.

Until now these cases were supplied by Nokia and users could buy them from the shop but this might change in the near future. Nokia has just announced that they are launching what they are calling the 3DK. The 3D-printing Development Kit includes the schematics needed to 3D print your own Lumia 820 back cover. So now any 3D printing enthusiast can customize and create their very own, very unique, 820 back plate. For those of you interested you can find the links to the schematics here.

Nokia has made this move because they believe that 3D printing has the potential “to utterly transform our lives” and they see a great future for the technology. Of course this won’t get any mainstream traction as 3D printing isn’t that popular yet, but it is a good way to engage some customers and show off that you're a modern hip and cool company. And who knows, we might actually see some really awesomely designed 820 back covers really soon. We'll keep our fingers crossed.

Let us know below if you're into the whole 3D printing scene and be sure to drop us a pic in case you actually do print your own cover.