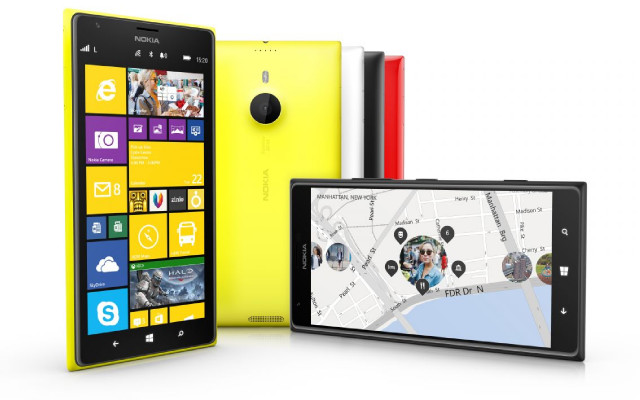 The mammoth handset has already gone on sale in the United States on AT&T, and today, Nokia announced pricing and availability details for the device in the UK.

The Lumia 1520 will go on sale on December 6, on contracts priced from around £38 per month. At launch, the only carriers to offer the device directly will be O2, through its retail stores, and Vodafone, which will sell the device online only. Carphone Warehouse, Phones 4u and other independent retailers will also offer the handset.

Carphone Warehouse has already opened pre-orders on the device, although your options will be limited - it is available only in black or white, and with a 24-month Vodafone contract. For £38 a month, you'll get the Lumia 1520 free, along with unlimited calls and texts and 2GB of 3G data. For £19.99 upfront for the handset, and then £48 a month thereafter, you'll get unlimited calls and texts along with 12GB of 4G data.

In addition to its 2.2GHz quad-core Snapdragon 800 CPU, the Lumia 1520 also features a 20MP PureView camera, 2GB of RAM and 32GB of onboard storage, along with a microSD card slot, supporting cards up to 64GB.